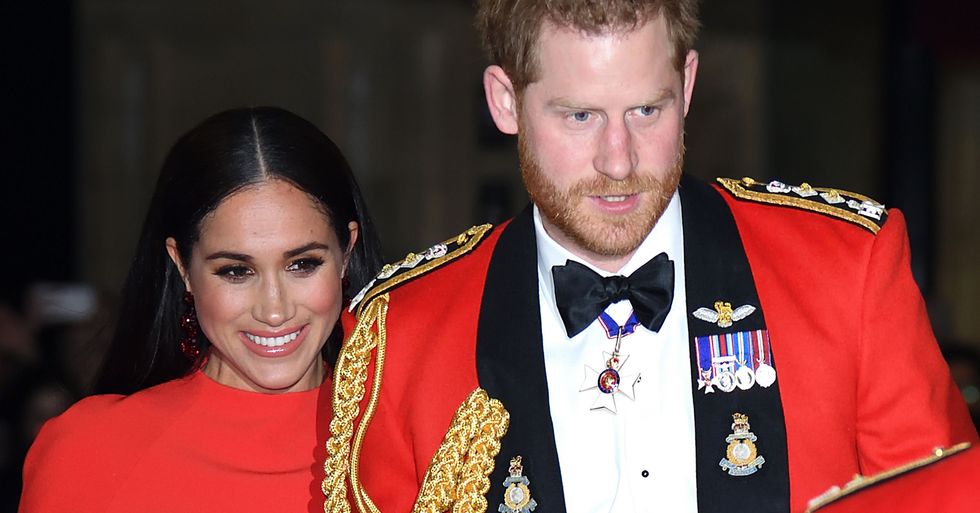 Meghan Markle and Prince Harry have been in the midst of a complete media firestorm.

Since their shock announcement, in which they declared they were stepping down as senior members of the royal family, the couple has been hitting the headlines non-stop and ever since the news broke, people have been wondering the same thing... what will become of them?

Well, the Queen herself has had something to say about the whole thing and it's pretty brutal.

But at the beginning of this year, the couple seemingly has had enough of the harassment and the criticism...

And, of course, it was bound to have ruffled a couple of feathers in Buckingham Palace.

In fact, reports surfaced that senior royals were left “hurt" by the shock announcement that was made "without warning"...

And of course, the news has sparked a whole new wave of criticism that was directly aimed at Meghan.

And people have been wondering the same thing...

According to the Daily Mail, the couple has been told to remove the word "royal" from their branding on both their social media and website.

This could cause huge issues for their trademarked name...

The last few months have, of course, divided the Royal Family...

But what people need to remember is that family is family.

Harry and Meghan aren't being ejected from the family, despite their stepping down of royal duties...

But some have been questioning this after hearing what Queen Elizabeth said in her recent speech.

Harry and Meghan are currently in the U.K...

And the couple were spotted attending the Sunday morning service last week at the Royal Chapel of All Saints Windsor - the place in which Queen Elizabeth attends her regular Sunday service.

And it seems that the queen invited Meghan and Harry to join her.

Harper's Bazaar reported that "the Queen personally invited Harry and Meghan to join her for the service." But not everyone is convinced that the three are on good terms...

The Queen delivered a speech focused on family and connectivity at the weekend.

And many believe that, hidden within the speech, was a pretty harsh dig at Meghan and Harry.

Here's what she said:

"We are also aware, perhaps as never before, that wherever we live, our choices and actions affect the well-being of people and communities living far away, and in very different circumstances." Harper's Bazaar wrote that many have "interpreted as a subtle reference to Harry and Meghan, who have been making a big impact on the royal family (and, by extension, the Commonwealth as a whole) even as they work to start a new path in North America."