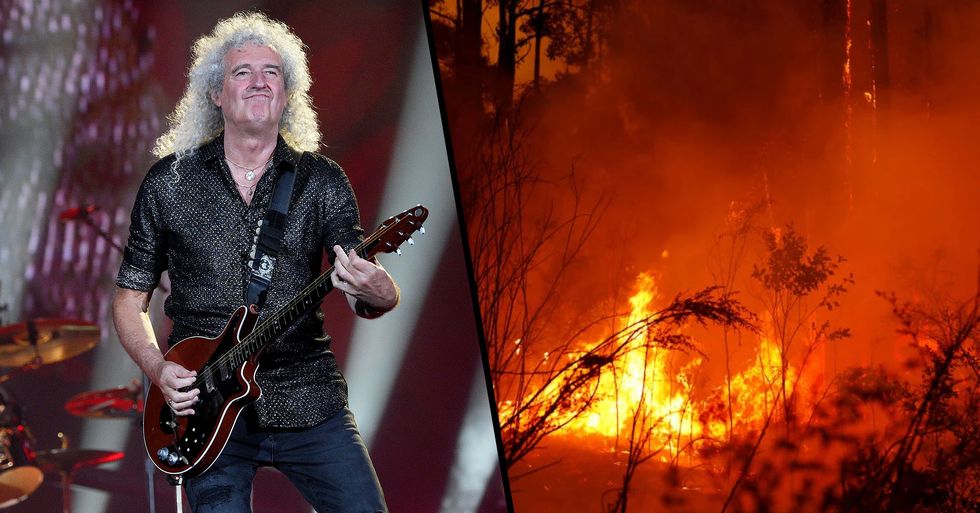 Thousands of people around the world, including the rich and famous, have been making generous donations to the country and now it seems a Live Aid-style concert is in the works.

Business Insider has reported that close to one hundred and thirty bush fires continue to burn in populated coastal and inland regions to the city's north.

Other countries have offered their assistance...

Including the U.S. and New Zealand, who have been sending in more firefighters to try and help tackles the blazes.

Several of Australia's native species have been affected including kangaroos, koalas, wallabies, possums, wombats, and echidnas... and it has been confirmed that over a billion animals have died.

It is truly devastating what is happening...

But the entire world have been working hard together to help, including hundreds of volunteers tirelessly helping the fire services in Australia.

A lot of money has also been donated...

People all around the world have been sending in donations and even the smallest donation of $1 makes the biggest difference. Celebrities have also been getting involved, including Australian comedian Celeste Barber raising over $45 million for the relief efforts.

Talks of a Live Aid-style concert taking place for Australia are most certainly in place.

The concert is currently being organized...

And Brian May of the iconic British rock band Queen has confirmed that they have been asked to perform at a charity concert for the victims of the wildfires.

Of course, May and the band agreed...

The seventy-two-year-old guitar legend is due to head to Australia in the next few months with Queen and Adam Lambert.

However, May has admitted that the current situation means that factors need to be considered...

"Of course, we are going there very soon," he said. "We are looking at it very carefully. We have been approached to do a benefit concert, or be part of a benefit concert, a bit like Live Aid, if you like, to try and help out the victims of the fire."

May is a well-known animal activist...

He recently put an end to badger culling in the U.K, and he revealed that it was a "huge blow" to him when he learned of the billion animals that have died in Australia.

He is very concerned...

"Of course, I am very concerned about the animals," he continued. "There’s twenty-four people who have died, which is a tragedy in itself, but [the number of animals] is almost inconceivable."

Australian wildlife will likely never be the same again...

"You are looking at a radical change of wildlife in Australia. It’s like a mass extinction, which is something so awful... And we can do nothing about it really," he went on to say. "We could have done something about it in the past. We know there are various things that could have been done. But it is a real caution for the rest of the world."

News is still to come...

Make sure to stay tuned for more developments and updates on the charity concert in Australia.