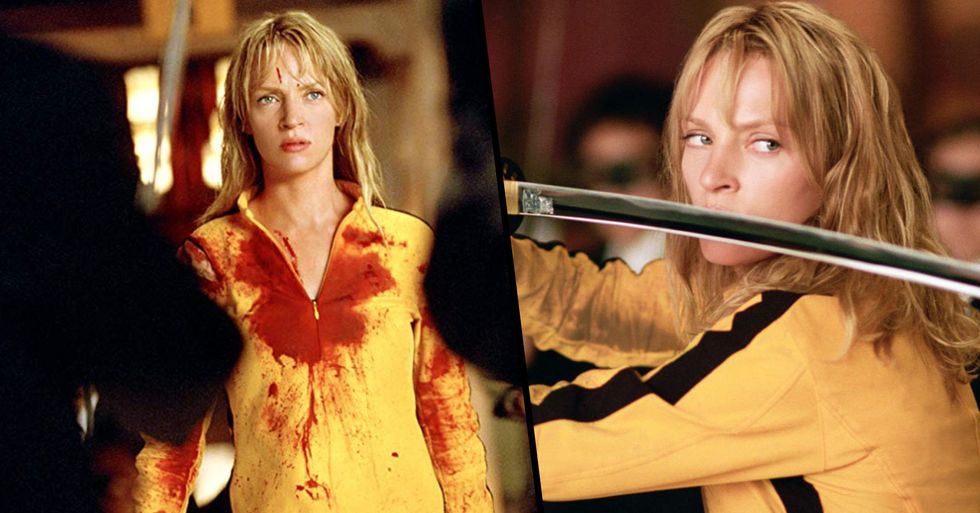 Quentin Tarantino Says Kill Bill 3 Is 'Definitely on the Cards'

When there is news of a new Quentin Tarantino movie, the showbiz world comes to a complete standstill.

Tarantino is one of the world's most renowned directors and his work has truly gone down in history.

He has recently spoken of a third movie for Kill Bill, one of the most praised action movie franchises of all time.

Quentin Tarantino is one of a kind.

The fifty-six-year-old is known for directing some of the most critically-acclaimed movies of all time.

He went on to create some masterpieces...

But Kill Bill has to be one of his most famous pieces of work...

Kill Bill: Vol. 1 (2003) follows the life of a former assassin (The Bride), who is played by Uma Thurman, after she wakes up from a 4-year-long coma.

She has a lot of unfinished business to deal with...

Thurman goes on to hunt down and assassinate the team of assassins who tried to kill her working under the boss (and her former lover) Bill, them many years ago.

And Tarantino made sure to involve many elements of Kung Fu films, Japanese martial arts, spaghetti westerns, and Italian horror - all of which inspired him when he wrote and directed the movie.

Thurman's character is still on the hunt for Bill, and she unveils many secrets about her past life along the way.

And they are both 2 of the most timeless movies of all time.

Things have been quiet on the Kill Bill front...

Tarantino has gone on to release many more movies and screenplays, but there has been nothing that suggests an update on The Bride and her runaway daughter.

It turns out that Tarantino and Thurman actually met up and had dinner very recently.

Speaking with Sirius XM Radio, Tarantino explained how a recent dinner with Thurman sparked his curiosity in what Kill Bill Vol. 3 would look like.

The pair had a chance to catch up over a Japanese dinner... of course.

"Well, I just so happen to have had dinner with Uma Thurman last night," he told radio host Andy Cohen. "We were at a really cool Japanese restaurant. She was bragging about me, and I was bragging about her. It was a lovely night."

So how on Earth would they follow up from Kill Bill: Vol. 2?

Tarantino was pushed on what the plot would focus on considering that everyone on The Bride's list was dead.

"Well, I do have an idea of what I would do," he replied. "That was the whole thing, conquering that concept...exactly what's happened to The Bride since [the last film], and what do I want to do [next].

Tarantino wants to spend a good amount of time on the third volume...

"Because I wouldn't want to just come up with some cockamamie adventure. She doesn't deserve that!"

Tarantino has a plan for Thurman...

"The Bride has fought long and hard. Now, I have an idea that actually could be interesting. I wouldn't do it for a little bit, though. It would be like at least 3 years from now or something like that." "But look, it is definitely in the cards," he finished with.

It looks like we have somewhat of a wait...

But Tarantino himself confirmed... it's probably going to happen!

Tarantino has a lot on his plate at the moment.

He revealed that he will get to work on the potential project once he's finished with writing a limited TV show that he concocted before he came up with Once Upon a Time in Hollywood.

But this isn't the first time that he has spoken of a Kill Bill reunion...

He told Josh Horowitz on the Happy Sad Confused podcast: "Me and Uma have talked about it recently, frankly, to tell you the truth. I have thought about it a little further."

"If any of my movies were going to spring from my other movies, it would be a third Kill Bill," he said. For more Tarantino news, keep scrolling to learn more about the true story of One Upon A Time In Hollywood...