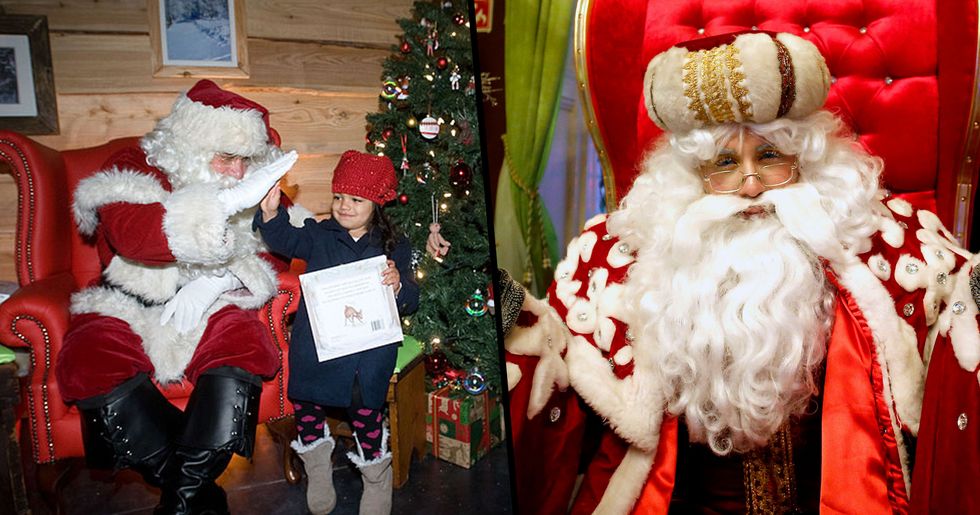 Questions Santa Is Banned From Asking Children Amid ‘Me Too Era’

The "me too" movement went viral back in 2017 and since it began trending, the awareness of sexual harassment and assault has been promoted more than ever.

More and more women and men have been standing up for their rights, working to rewrite sexual harassment as unacceptable.

But now the safety and wellbeing of children is being taken into consideration, and this includes their visits to Santa's Grotto.

Certain questions that Santa would typically ask children visiting him have been completely banned amid the "me too" era.

The "me too" movement has changed perspectives all around the world...

It initially began in 2006 when a woman named Tarana Burke began to raise awareness of sexual harassment and assault, particularly in the workplace.

And in less than 6 months, because of the viral #metoo hashtag, a vital conversation about sexual violence was thrust into the national dialogue.

More and more people began opening up about their own experiences...

Charmed actress Alyssa Milano shared the suggestion that any woman who had been sexually harassed or assaulted should tweet “Me too" in response, in order to show the magnitude of this problem.

Announcing you’ve been harassed or assaulted isn’t easy, but the star’s willingness to open up about being a victim set the stage for others to come forward. Some of the participants were surprising.

The star of True Blood and X-Men won the Academy Award for Best Supporting Actress at age 11, making her the second-youngest person to ever win the honor. But apparently she too has been a victim of assault or harassment.

Despite the movement being aimed initially at women, it went on to prove that men are also victims of sexual harassment and assault.

Many went on to outline how "casual" sexual harassment now is.

So many people are sexually harassed on a daily basis in the workplace, and it is often shrugged off as a little bit of "harmless fun."

The movement helped people realize that this was simply not acceptable.

Tarana's actions had created something truly astounding and she was clearly moved by how far the movement had spread.

It applies to anyone.

It's a sickening reality that children are also victims of sexual harassment and assault. The movement should also apply to children and they should be aware of what their rights are.

The festive season is upon us...

And that means that children all around the world are eagerly anticipating the arrival of Santa Claus.

A lot of men earn a living from impersonating Santa Claus every year...

The job of being Santa Claus isn't an easy one, and it requires a lot of patience when dealing with hundreds of children every day.

For many children, meeting Santa is an incredibly exciting experience.

But does Santa Claus have his boundaries?

Outlets that hire Santa Claus impersonators in the United Kingdom have created a new set of rules...

And they fit with the regulations of the #metoo movement.

Some of the U.K.'s biggest toy stores have even taken on board the new guidelines.

The impersonators have been given a new list of rules and regulations on how to treat children who visit them during the busy festive season.

Parents should be the ones who place their children on Santa's knee, and it is up to the impersonators to use simple language that cannot be misinterpreted.

Many feel the way Santa Claus impersonators speak to children is rather problematic.

A source told The Sun, "For example, 'Have you been a good little girl?' or 'What would you like Santa to put in your stocking?' is now seen as a bit creepy."

Hamley's is one of the U.K.'s biggest toy shops and they are eager to put these new (and much more modern) guidelines into place.

The safety of children is the most important thing.

Times are rapidly changing, and it is important to apply the #metoo movement to everybody, as anyone and everyone deserves to be respected and to be kept safe. To learn more about #metoo, keep scrolling...