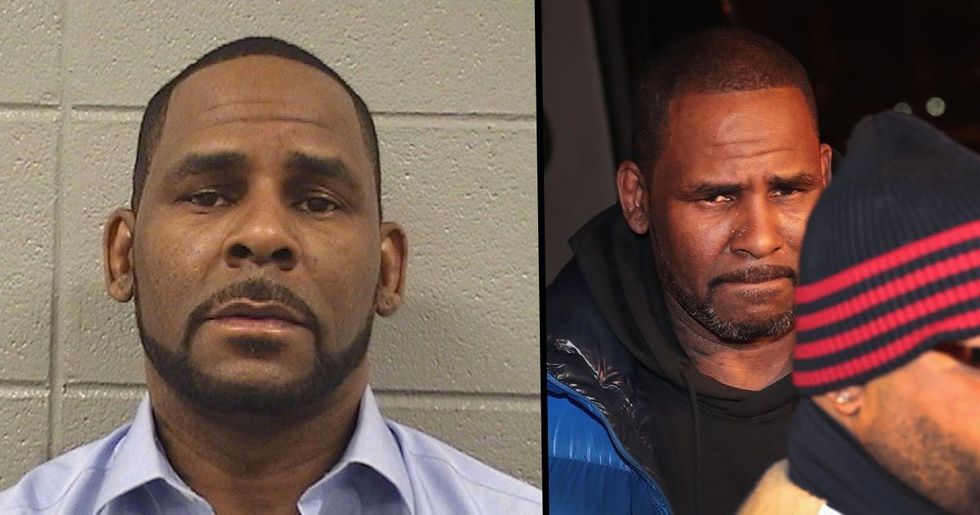 This isn't the first time that R. Kelly has been in the spotlight in regards to serious allegations, and, this time around, the R&B singer has been arrested.

Keep scrolling to get the details on this developing story...

We all know R. Kelly as a singer, songwriter, and record producer.

His song, "Ignition," is a club classic.

But the fifty-two-year-old has been in the headlines for a long time for the wrong reasons.

He was recently arrested on thirteen federal sex crime charges. He is expected to be taken to New York, according to officials. US attorney spokesman, Joseph Fitzpatrick, said that the indictment against Kelly handed down in federal court for the northern district of Illinois also contained charges that were based around child pornography and obstruction of justice.

The singer is now well known for his sexual assault offenses. In 1994, when he was twenty-seven-years-old, he illegally married a fifteen-year-old girl in Cook County of Illinois. The couple met when she was only twelve years old, and it emerged that false documents were obtained in order for the marriage to go through.

Some shocking footage surfaced in 2002.

A video went globally viral in 2002 which showed Kelly having sex with, and urinating on, an underage girl. Although he repeatedly claimed that he wasn't the man in the video, he was soon indicted on twenty-one counts of child pornography.

In 2017, Buzzfeed News broke the story of R. Kelly's sex cult. He was accused by three sets of parents of holding their daughters in an "abusive cult," and, despite Kelly always denying the allegations, a BBC documentary, R. Kelly: Sex, Girls, and Videotape, was broadcast in 2018 that included the reports of witnesses and victims of his crimes.

This arrest is the second time that the singer has been taken into custody this year...

He was arrested in February this year...

This arrest was on ten counts involving 4 women, 3 of whom were minors when the alleged abuse took place. He pleaded not guilty to all of these charges and was released on bail.

The sickening details were presented in the case...

The legal documents stated that Kelly was accused of "forcing contact between his penis and the alleged victim's mouth and committing an act of sexual penetration" on a victim who was under the age of eighteen at the time.

The singer has continuously persisted his innocence...

Despite the growing amount of evidence that proves that he is indeed guilty of his crimes, the singer continues to plead not guilty.

It is not yet known if these charges relate to previous cases.

Fitzpatrick said that the date and time of Kelly's arraignment have not yet been set. Stay tuned for updates on the developing case...