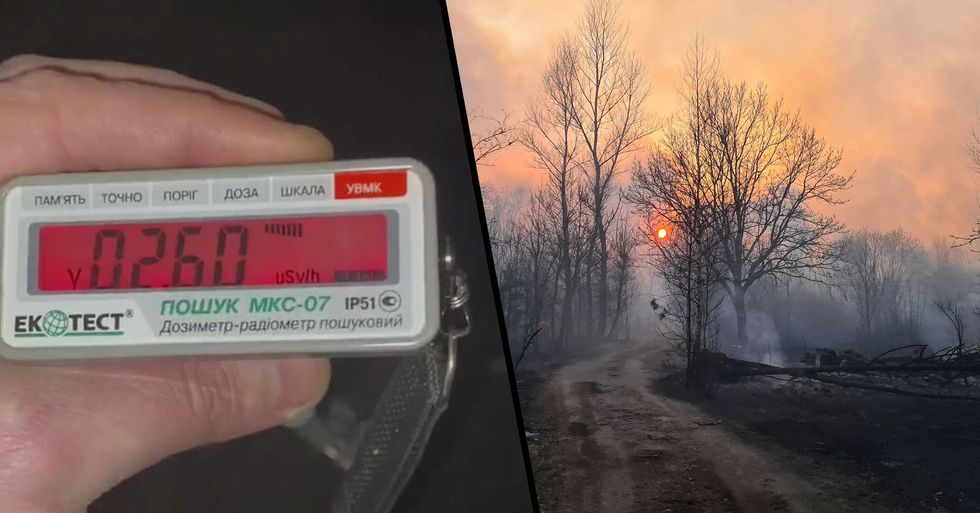 For the first time in years, the radiation levels in the surrounding areas of Chernobyl has spiked to alarmingly high numbers, concerning residents in the neighboring city of Kyiv.

Keep scrolling for the full story, and to see the harrowing footage from the exclusion zone for yourself...

But now, tourists may want to rethink about visiting the area any time soon...

Because the radiation levels, which have been deemed as "moderate" for the last few years, have suddenly spiked to alarmingly high levels.

The area, which has been overgrown by nature and wildlife since it's abandonment, is no stranger to large forest fires. But, this time, it seems to be getting truly out of hand.

It was a dire situation.

But now, thankfully, the fires are now reportedly "under control."

According to The Guardian, government specialists on Monday sent to monitor the situation reported that there was no rise in radiation levels in Kyiv or the city suburbs. Let's just hope it stays that way.

In the last year, the Chernobyl disaster has been in the headlines for a completely new reason...

Last year, HBO completed a series that detailed the initial aftermath of the devastating event - And it has been unbelievably successful. Keep scrolling to learn more...