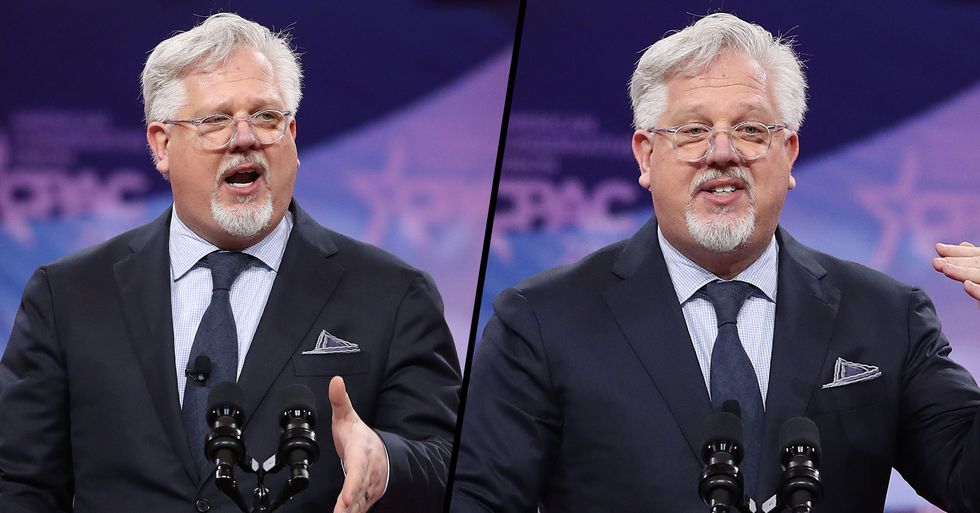 It's no secret that the elderly are at the highest risk of contracting the coronavirus, which can prove to be deadly.

Despite millions self-isolating in a bid to protect others, a radio host has made some disgusting comments about the elderly and how they should "sacrifice themselves."

And, currently, there are 566,064 confirmed cases globally. A further 25,422 have tragically died from the virus.

As boring as it may be staying indoors for months on end...

It is potentially saving lives.

The elderly are at the highest risk...

And the majority of people who have died from the virus are over the age of sixty.

Self-isolating can reduce the chances of the elderly catching the virus by a huge percentage...

But it seems that not everyone is on board with protecting the vulnerable.

Glenn Beck has given some harsh opinions about the elderly recently.

The radio host, who is fifty-six-years-old, spoke from his home in Dallas about the current climate on COVID-19.

Glenn would rather prioritize the safety of his children...

"I would rather have my children stay home and all of us who are over 50 go in and keep this economy going and working," he said.

He would rather die than kill his country.

"Even if we all get sick, I would rather die than kill the country. Because it’s not the economy that’s dying, it’s the country," he went on to say.

Glenn, who is also an anti-abortion campaigner, is in the high-risk category himself.

He said, "In Italy, they’re saying if you’re sick and you’re sixty, don’t even come in. So I’m in the danger zone."

It's safe to say that people aren't impressed with his comments.

They have been taking to Twitter to vent their frustrations over his heartless comments, and many have reminded that the elderly are people's loved ones and relatives.

And because of his privilege, he doesn't need to be out in public as often as others which means he isn't at as much risk.

Make sure to keep scrolling to learn about the elderly woman who was left in tears at her local supermarket because of the excessive stockpiling...