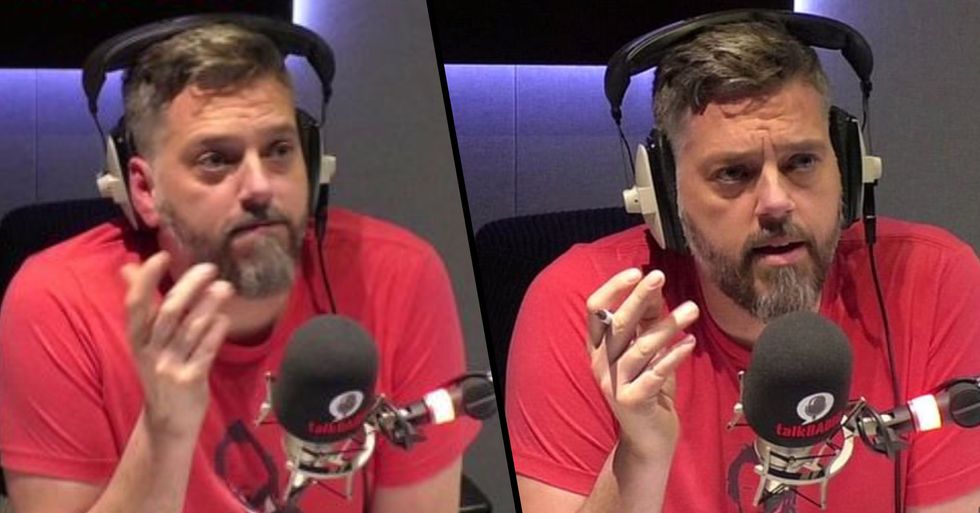 It is a devastating reality that there are millions of people out there who experience suicidal thoughts, and it is even more devastating that a lot of these people go through with the terrible act.

But there are people out there who want to help and British radio presenter Iain Lee is one of them.

Keep scrolling to learn about how the host saved a suicidal man's life live on air...

Suicide is no joke.

It is truly heartbreaking to know that so many people around the world chose to take their own lives after struggling with so much pain and anguish.

According to the World Health Organization, close to 800,000 people die due to suicide every year - which is one person every forty seconds.

Suicide can come out of nowhere...

And it can take just one life event for a person to begin their downward spiral into depression.

It is utterly devastating that people experience these thoughts and feelings...

But thankfully, there are kind souls out there who work tirelessly to help these people in need.

Alongside the various suicide prevention organizations...

There are so many selfless individuals who will go out of their way to make sure a person struggling is okay - this can even be something as small as a phone call or a text message.

One of these individuals is Iain Lee.

Iain is a British radio host and presenter who initially began as a stand-up comedian in London.

Iain is currently working for talkRADIO...

He hosts the Late Night Alternative that runs between 10 pm - 1 am, and he has become a very much loved host across the U.K.

But earlier this week, the show received a call that they will more than likely never forget.

A listener rang in who was known only as Mark...

And the man explained that he had spoken to Iain on the show before.

Mark went on to explain that he is having a hard time...

He said, "I'm having a hard time at the moment. I don't know what I'm doing anymore. I've taken tablets."

He responded by saying, "All I want you to do is tell my producer your address so she can send an ambulance round."

When Mark claimed that it would upset his wife...

Iain said, "You know what would upset her more? If she found you dead in the morning, wouldn't it? As a human being, I can't let you die tonight."

Iain continued to reassure Mark until he eventually gave his address...

"You've done a really good thing Mark, thank you. The world will not be a better place if you're dead. It will be an ever so slightly darker place," the radio host told the struggling man.

"I promise you that, because you're a good man, and I don't want you to die," he went on to say.

Iain took to Twitter after the call to give worried listeners an update...

Mark gave his permission to Iain to let listeners know that he's okay, and the radio host said he would be talking to him the next day.

Iain's act of kindness sent floods of admiration his way...

And many people praised him for being so patient and caring during such an intense and difficult moment.

This isn't the first time that Iain has dealt with a suicidal caller...

Back in 2018, he spoke to a caller who revealed that he had taken an overdose and was lying in the street.

The caller was called Chris...

Staff in the background were working hard to get someone to Chris...

And fortunately, a police officer took over the line and confirmed with Iain that she had found Chris and was dealing with the situation.

Iain is truly a remarkable man...

And he should be used as an example of how a few kind words can go such a long way. Keep scrolling to learn about how some of the most unlikely people can struggle with suicidal thoughts...