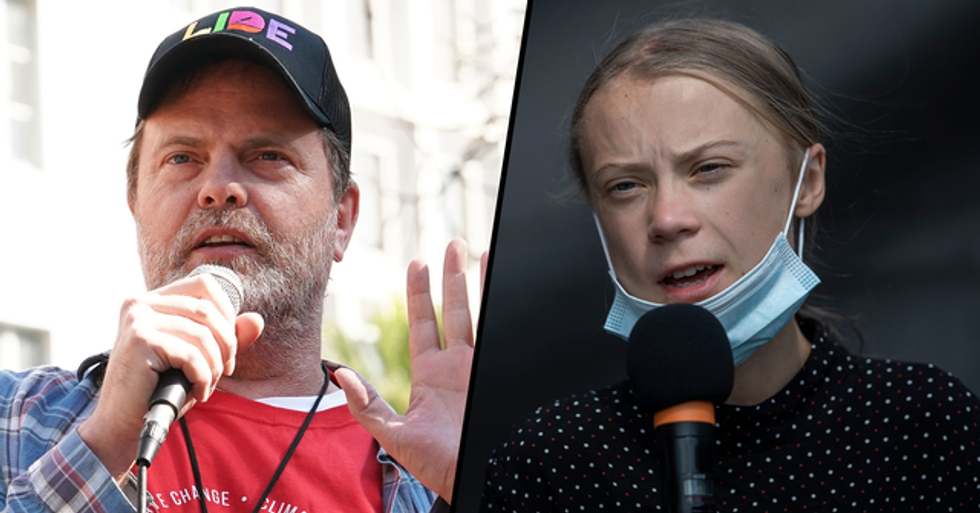 In her latest interview, Greta Thunberg had some pretty scary things to say about the current climate change crisis. And now she's been backed by actor Rainn Wilson, too...

We all know Rainn Wilson.

Or, as he may be better known, Dwight Shrute.

He was the antihero of The Office.

One of television's truly iconic roles.

In fact, it was a 3-time Emmy winner.

But Wilson has had many business ventures outside of this popular franchise, too.

One of which is his media company, Soul Pancake.

Through Soul Pancake, Wilson creates frequent podcasts chatting about the state of the world.

And this week's topic?

Climate change - and Wilson offered some words of support for one of the biggest names in the scene.

It has been 2 years since Greta Thunberg first went on a solo school strike.

And this week, to mark the anniversary, she spoke to The Guardian.

She isn't a happy bunny.

She had some pretty damming things to say.

She certainly didn't hold back in her comments.

Thunberg has become the face of the climate change movement.

And last week, Thunberg has spoken to the Guardian, 2 years after she first took a stand on the so-called climate crisis.

And now, a famous face has lent his support.

Rainn Wilson spoke up on his podcast, agreeing with Thunberg.

He made some pretty damning points, too.

"A lot of times people don't really care about people, but they see a video of a puppy missing a leg and hundreds of thousands of people galvanize to raise money for that puppy."

"If you care about the animals, you gotta care about climate change."

We hope Thunberg sees this!

Maybe we need a famous face to convince us to change our ways...?

Want to read more on the current fight against climate change?

Keep scrolling to read about a scientist who claims that cannibalism is the only answer...