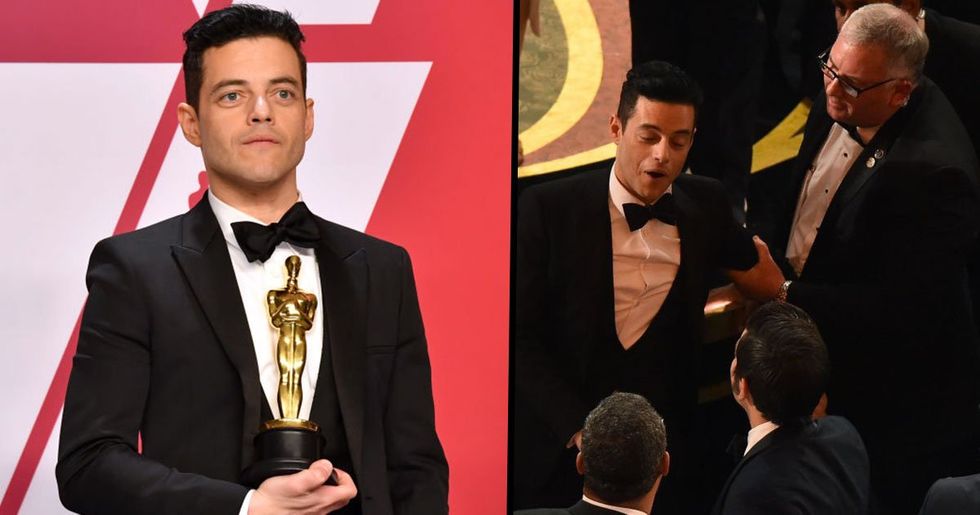 What a magical evening. The Oscars is a night where the stars aline - both literally and figuratively. 2018 was a wild year for cinema - it marked the success of Black Panther, elevated Norfolk darling, Olivia Coleman to Hollywood stardom, Alfonso Cuaron released his magnum opus, and saw respect paid to masterly performances from Rami Malek, Viggo Mortensen and Mahershala Ali.

It’s just such a magical evening.

There was a lot on the cards this year with stand out films in all categories. And as the stars lined the red carpet, none of them were sure who’d be giving the speech.

The red carpet is often viewed more like a fashion event than anything else. And there were some pretty rapacious outfits on show this year. We saw profound looks from...

After the ‘meat dress’ incident nine years ago, fashion journalists expected something a little more controversial this time around. But Gaga’s mellowed in her maturity, this time she sported a black Alexander McQueen dress.

Up for an Oscar for cowriting 'that song from A Star Is Born' - is Mark Ronson: a struggling disk-jockey from 1965, who, having gotten lost in a snow drift, was frozen and preserved in ice until he was eventually unfrozen in late nineties New York, where he’s been wondering around making 'shallow', revivalist music ever since.

Not sure what the former WHPC was doing at The Oscars - but the monochrome decision seemed to go a long way.

There were big wins on a big night .

Going into this Oscar season, the spectrum was so broad - with blockbuster superhero films, competing with introverted 'foreign language' films - that nobody was sure who would come out a winner. But, after what I’m sure entailed serious deliberation, the victors were announced…

It wasn’t long ago that we refereed to Olivia Coleman as ‘that one off Peep Show’, now she’s a Hollywood star. Hers was among the more emotional speeches: she cried a lot and declared teary, unwavering love for her husband Ed.

The director of Roma - a sentimental masterpiece about life in middle-class district of Mexico City - took home the award for 'Best Director', 'Best Cinematography', and 'Best Foreign Language Film' - a category that seems slightly patronising and imperial to say the least.

Spike Lee finally got one

This year, Spike finally took home an Oscar for ‘Best Adapted Screenplay’ - I thought he deserved one back in 1989 for Do The Right Thing. Do you know who won Best Picture that year? It was Rain Man!

Regina King took home ‘Best Supporting Actress’ for a her role in the James Baldwin adaptation If Beale Street Could Talk. And dedicated her acceptance speech to the Harlem - Parisian playwright.

Bradley Cooper and Lady Gaga did a duet

Yeah, they did that song again - Bradley Cooper and Lady Gaga stared dreamily into each other’s eyes while performing the infuriatingly catchy song in front of scores of swooning industry heads.

Spike Lee ended his speech by saying, "The 2020 presidential election is around the corner. Let's all mobilise. Let's all be on the right side of history. Make the moral choice between love versus hate… Let's do the right thing. You know I had to get that in there." POTUS promptly reacted by calling it a ‘racist’ attack on the President.

Black Panther’s Ruth Carter made history as the first black winner of ‘Best Costume’. As summarised in this tweet from Halle Berry.

I, personally, didn’t think Bryan Singer’s Queen biopic was very good - and neither did critics; it only has a 49% score on Metacritic, received one star from IndieWire and Vanity Fair called it ‘haphazard’. But if there’s one thing the film had going for it, it was Rami Malek’s performance as Freddie Mercury.

As a first generation American, Malek reacted to the current political climate, in a speech that celebrated the idea that it’s possible for anyone to come and share their skills in America's broad horizon.

After giving his speech, Malek was so overwhelmed that he fell off the side of the stage - luckily he didn’t hurt himself, so we can laugh at the photos.

Here he is having just fallen off the stage

He looks so shocked - I wonder if the euphoria and embarrassment cancel each other out?

And here he is being spoken to by a paramedic

There’s no way he’s listening to anything that guy’s saying; he’s just won an Oscar.

But if you thought that was bad much worser things have happened at The Oscars...

Oh yes, Malek falling off the stage is just a pebble in a vast ocean of mishaps and awkwardness The Oscars has played host to over the years. Here’s a rundown…

There was that time they got Seth Macfarlane to host

That was bad. Macfarlane enraged viewers with numbers like ‘We Saw Your Boobs’. The whole affair was intensely awkward and misjudged.

That time in 1989 when Rob Lowe sang to Snow White.

This was just… so weird…

I actually think this is really funny. But a lot of actors and industry heads were annoyed by it.

There was that time when Bjork laid an egg

Fans of Marlon Brando were shaken at the 1973 Oscars when the award was rebuffed by Sacheen Littlefeather, who stood in place of Brando for the rights of Native Americans.

He called her ‘Adele Dazeem’, in some kind of weird accent.

And the worst Oscar blunder goes to… La La Land!

Who could forget this? I suppose, in hindsight, they handled it quite well.