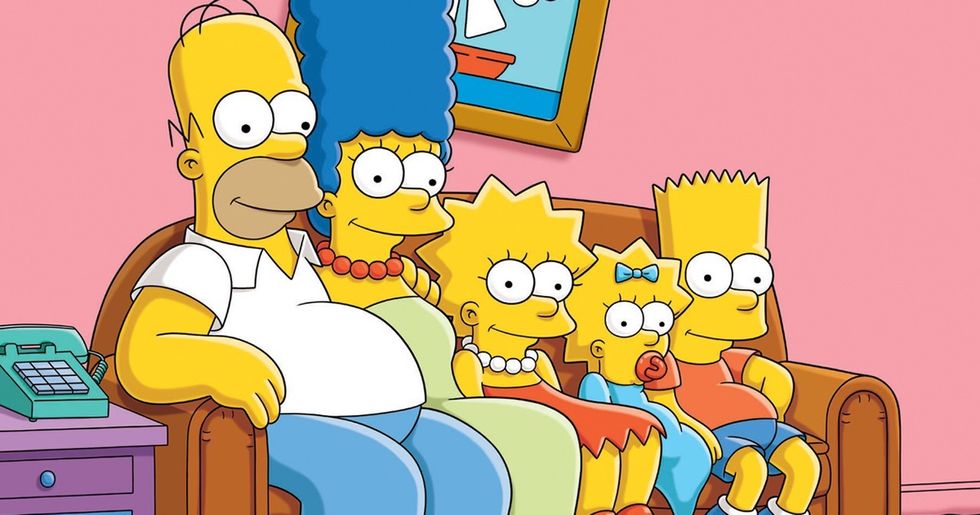 The Definitive List of Top Animated Shows of All Time - Ranked

It's been about a week since Adventure Time ended, so we thought what better way to celebrate one of our favorite shows by taking a walk down memory lane and exploring our 29 favorite animated shows of all time.

Whether you're partial to those 90s Nickelodeon cartoons, or maybe you were a bit more of a Cartoon Network person, we've got your favorite. And hey, if you like those "grown-up" cartoons on Fox, we've got those too. What did you think this was, some incomplete Best of All Time list? No! This is serious. We don't skimp. But if we missed your favorite, please let us know, because maybe we're wrong. Even though we're not. This list is perfect.

And don't worry! There are no spoilers are in this article unless you're like really weird about spoilers. In which case, stay off the internet forever. You have been warned.

We just couldn't bear to rank it. That finale crushed our hearts and any ranking would be biased. Feel free to rank this one yourselves.

This show may not be the BEST show on this list, but it's probably the most fun. And hey, Steven Spielberg produced it, so it had to be good!

You can't have Animaniacs without Pinky and the Brain! Gee Brain, what do you want to do tonight?

This. Show. Messed. Me. Up. So much that I didn't want to put it on this list, but it was just too good. For a lot of us, this was our first introduction to the horror genre. And it delivered.

How can you say no to the cheesiest superheroes of all time? Justice League existed before every hero had to have a furrowed brow and Batman's voice was all low and inaudible. Let's go back to the spandex, please?

Guys, DuckTales is coming back. That's all I need to say about DuckTales. Get pumped.

Even if you never watched the Jetsons, this show influenced so much of our technology today and even our science fiction. There aren't a lot of cartoons more influential than this one. And it's funny too!

Pizza, New York, Turtles, references to Renaissance painters? What more do you want? Another live-action movie starring Megan Fox? No? Me neither. But the show is still good. And we'll always have that.

Truth be told, this show should probably be farther up our list, but it never really clicked in with me, despite its wit and humor. But nonetheless, it deserves a spot, because people who are fans are REALLY, fans.

A show that probably aired too late for many of us, but it's a super solid kid's show that would probably be much more beloved if it had come out a few years earlier.

Sugar, Spice, and Everything Nice. This show was top to bottom kick-ass. It was funny, smart, had such fun action and was surprisingly topical. Well worth a re-watch.

Guys, Popeye is hilarious. Don't take my word for it, go watch some Popeye and tell me it doesn't hold up. It's definitely the best of the bunch of those ANCIENT cartoons (sorry Mickey).

Okay, please ignore all of the terrible episodes of this show that aired after we all stopped watching. You know the ones. It's because of those episodes that this show will never win our award. Sorry, Mr. Turner. You're still trophy-less.

Does anyone else remember that part in Rugrats in Paris when they play Who Let the Dogs Out on loop for 15 minutes straight? I do.

Hey Arnold! makes the list simply because I want to live in his bedroom in real life, and honestly, that's all it takes to bribe me to the number 15 position.

Don't listen to your edgy friends or you mom who tell you Family Guy isn't funny. Sure, a lot of it is familiar, but isn't that all you really want when you're trying to fall asleep after a long Tuesday at work? That's Family Guy.

Anything that allows Trey Parker and Matt Stone to do whatever they want is cool with me. This show's also been on for forever and is still fresh. Kudos.

This school is based on the elementary school I went to and is perfect. No, this list has no biases. What are you talking about?

The newest show to make the list. Rick and Morty appeals to neckbeard Redditors and Hot Topic Teens alike, which is so gosh darn hard nowadays, so it comes in at number 10.

This. Show. Is. So. Under. Rated. Curse you M. Night Shyamalan for trying to ruin my childhood. Seriously, if you've never seen this show, go watch it. It's only 3 seasons and it's so funny and so sweet and so scary, all in one awesome kid's show. Do yourself the favor and watch.

What? Did you think we'd forget these classics? No! We're just getting started. The Flintstones basically pioneered animation on TV, so we've got to give it props for that.

What can we say? It feels like every animated show has spoofed Scooby-Doo at least once, so that's why it deserves to be so high on this list. Also, it's just so clever and ahead of the viewer the whole time. Plus, those live-action movies are masterpieces (we wish we were kidding).

I wanted to be Jerry when I was a kid. I have no idea what that says about me. This show reminds us that no matter how fast we run, or how hard we try, the giant cat of life will always try to crush us with a giant wooden mallet. Or at least that's what I got out of it.

Who's that Pokémon! "It's Pikachu", Mom chimed in from the other room. No mom, it's clearly Spearow. It's like you don't even watch the show. Not every "Pokey-man" is Pikachu.

I resisted this show for a long time, but the Halloween episodes themselves are enough for this to be one of my favorite shows of all time. Bob's Burgers is like the pun of shows. It's always pretty darn funny even if you don't necessarily want it to be.

The only episode of Spongebob that I don't like is the Doodlebob episode, and everyone else LOVES that episode. So there you go, this show is perfect. And before you get all upset, Spongebob isn't annoying. People who think Spongebob is annoying are annoying.

This was everything. How can the show that brought us Space Jam be anything less than number 2?

Finally, we have to give it up to the longest running show in television history, animated or otherwise. There's a reason this show's been around for so long. And that reason is the writers. Conan O'Brien wrote on the Simpsons. Brad Bird helped create the Simpsons before he made The Iron Giant and The Incredibles. Greg Daniels wrote on the Simpsons before he created The Freaking (American) Office. Like. This show knows how to find great writers. And that's why it's our number 1.