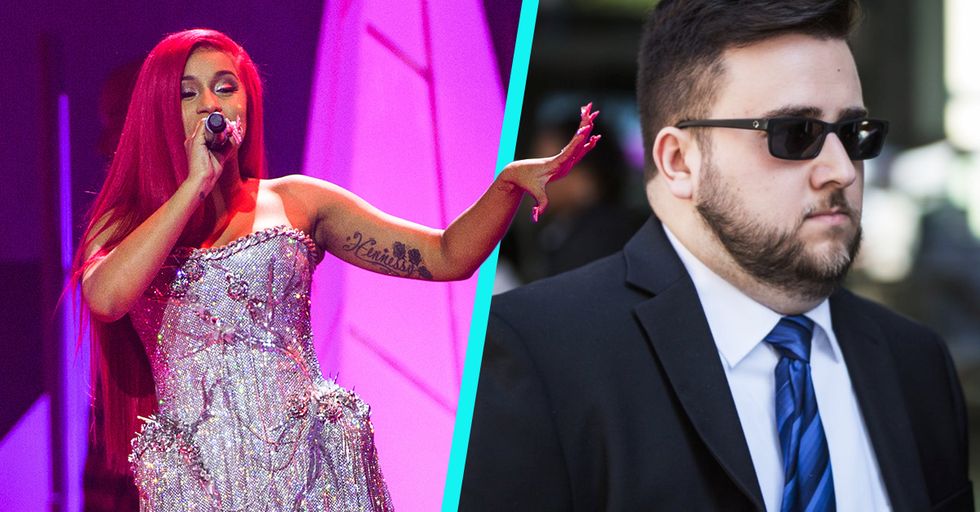 Rapper Cardi B has had an amazing year.

The former Love & Hip Hop: New York cast member signed with Atlantic records in February and put out her single "Bodak Yellow" not long after. Ever since, the rapper once known as Belcalis Almanzar has been living the dream.

In mid-2017, "Bodak Yellow" became the first song by a solo female rap artist to climb to the top of the chart since 1998 — when Lauren Hill did it with "Doo Wop (That Thing)."

Aside from "Bodak Yellow," Cardi B has been doing a constant stream of appearances, guest spots, and fashion show pop ups, which lead Vogue (that arbiter of all things fashionable) to name Cardi B "New York Fashion Week’s Undisputed (and Uncensored) Front Row Queen." Oh, and she also got engaged.

With everything that's happening for her, Cardi B has come a long way since she burst into internet popularity by posting cheeky videos on social media. Remember this classic?
Since then, the former stripper turned reality star turned bona fide star had other pearls of wisdom to drop like, "Ever since I started using men, I feel so goddam powerful" or "If a girl have beef with me, she gon’ have beef with me forever."
If there's one thing we all know about Cardi B, it's her constant uncensored and refreshing honesty— coupled with her irreverent sense of mischief. In a world where everything seems to be imploding, it feels good to watch Cardi B succeed, and that's why it was so horrific to watch what transpired this holiday weekend.
Last Friday, Cardi B was supposed to be on top of the world with the release of her highly-anticipated followup to "Bodak Yellow" — "Bartier Cardi." Cardi B has had a host of guest spots on other tracks, most notably "Motorsport," but this was her latest single.
Wouldn't you know that that was the exact same day a leaker decided to upload a 15-second clip of Cardi dancing nude? The leaker claimed that this video was only a preview and there was much more to come.

Representatives for Cardi B's fiancée, Offset (of the rap group Migos) claimed that the video(s) had come from the rapper's iCloud that had been recently hacked. To make things worse, the video also came at a time when the couple were combating rumors of Offset's cheating, which they did with a raunchy, well-timed instagram live video.

Of course, Cardi B was not one to let things idle. She quickly responded via Twitter with a fiery clapback against this defamation during the holiday season.