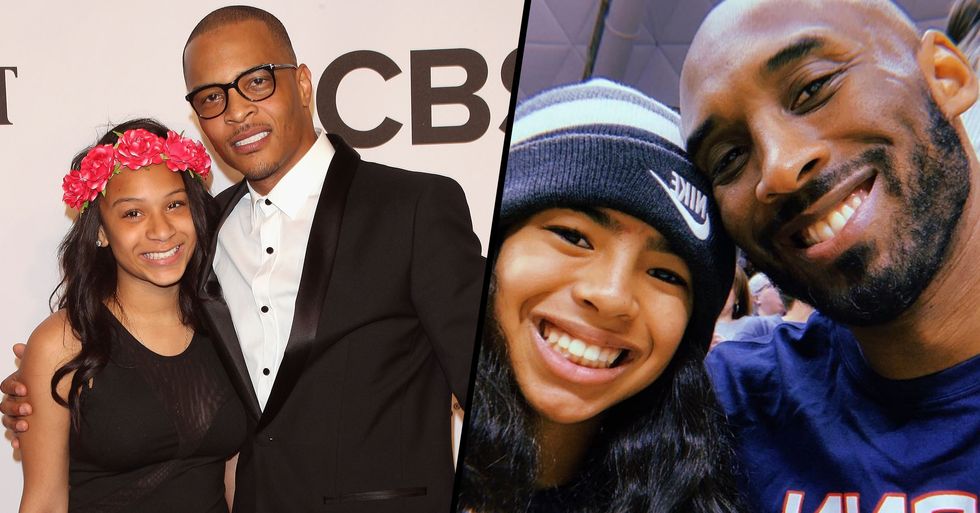 Tributes have been flooding in from fans across the globe, and many celebrity friends have paid their respects to the late basketball player.

Rapper T.I, who landed himself in hot waters a few months ago about admitting to checking his daughter's virginity, has opened up about Kobe's death and how it has spurred him along to apologize to his daughter about his invasive behavior.

T.I spends a lot of time in the public eye...

But a few months ago, he landed himself in some seriously hot waters after he made some rather questionable remarks about his daughter.

The rapper featured on a podcast in November of 2019...

His daughter, Deyjah, is now eighteen and she started college last year.

Speaking of Deyjah, T.I said that she was "figuring it out for herself," so "not only" had they already had the conversation, they take yearly trips to the gynecologist together to "check her virginity."

And, quite understandably, people were completely outraged.

Of course, Deyjah will have been mortified.

Social media seems to be the site where all of this is going down - and people were quick to notice that Deyjah unfollowed her dad on Instagram, and she even deactivated her account for a short period of time.

After a few weeks, her dad

T.I and his wife, Tiny Harris, appeared on an episode of Red Table Talk, chatting to Jada Pinkett Smith and her mother Adrienne Banfield-Jonesto to "set the record straight."

T.I went on to blame others for "overreacting"...

Sitting down with sympathetic interviewers who often give him the benefit of the doubt, T.I. was quick to defend himself against the backlash. He argued that there was little fault in what he said and what he's done... and blamed others for overreacting. "I just began to — from a place of truth — I began to embellish and exaggerate," he said. "And I think a lot of people kind of took it extremely literal. Because if you put any of my reputations, like who I am as a father, who I've been. I honestly thought people knew me better than that."

Jada pushes him, asking if he understands the sensitivity of the subject he was discussing...

T.I. replies that he didn't understand it at the time, but he does now... but he continues to blame the public for misunderstanding him rather than what he said or claims to have done.

"My intentions, I think, have been terribly misconstrued," he said.

T.I said that his daughter initially never had a problem with going to the gynecologist...

But she did have a problem with him talking about it publically... as anybody would! "And I understand that. And I am incredibly apologetic to her for that. To her. Not to any of these other strangers, any of these weirdos that just kind of toss lies around for fun," he said.

And even more recently, it seems that T.I is ready to apologize again...

But the circumstances are somber ones.

A few days ago, basketball legend Kobe Bryant lost his life in a helicopter accident.

He and the 8 others on board were all tragically killed in the crash, which is still being investigated.

Onboard with Kobe was his thirteen-year-old daughter, Gianna.

Like her father, Gianna had a very promising future in basketball and the 2 were very close.

Kobe's wife and 3 other daughters have been left behind...

And including the families of the 7 other victims, the Bryant family are completely distraught.

Tributes have been flooding in from all around the world...

And many celebrities who knew Kobe well have been sending their messages of condolences to his family during this unimaginable time.

Kobe's devotion to his wife and daughters was admirable and beautiful...

And the world has well and truly recognized this.

And now, it seems that something has finally clicked in the head of T.I.

It's sad that it has taken such a tragic incident for the rapper to finally see sense, but it truly is about time.

"I love you girls more than my vocabulary will allow me to express. You have grown so much right before my very eyes & blossomed into strong, brilliantly opinionated, independent young women. I'm so proud of you both and I love you to no end, more than you'll ever know," he wrote.

He asked for forgiveness...

"Please forgive me for any and all imperfections that cause misunderstandings between us... Charge my mind, not my heart. You see Life may throw us curveballs & deal us some pretty bad hands at times. But rest assured, you'll NEVER find yourself in a place too high or low for me to be there to catch you when you fall," he went on to say.

He clearly doesn't realize how lucky he is to have his daughters fit and healthy...

"I just Can't let another second go by without letting you know while we're still here in this life together... You have ALL MY LOVE FOR ALL MY LIFE...&AFTER."

The death of Kobe and Gianna is truly tragic...

And it is so important to cherish what you have because you never know what the future holds.