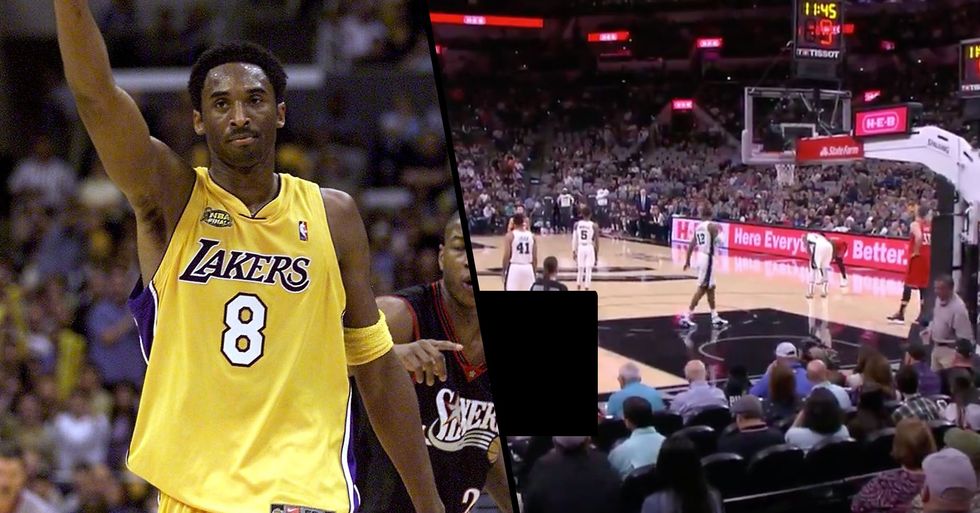 When the news broke, Raptors and Spurs both took 24-second violations in honor of the late basketball legend.

At the age of thirty-four, Kobe became the youngest player in NBA history to surpass the 30,000 point mark.

Kobe has also made a name for himself off the court...

Bryant's daughter, Gianna, was also on board the helicopter at the time of the crash...

And it was worn most notably by 3-time All-Star Mark Aguirre - It was last worn in 2015 by Richard Jefferson.

The game had just begun...

And it was ultimately decided by both teams that whoever wins the tip would let the shot-clock run out because of the number twenty-four.

This is known as a 24-second violation...

And each team held the ball for the entirety of the shot clock without attempting a basket.

The crowd instantly recognized what was happening...

And the court broke out into applause which was truly phenomenal to witness.