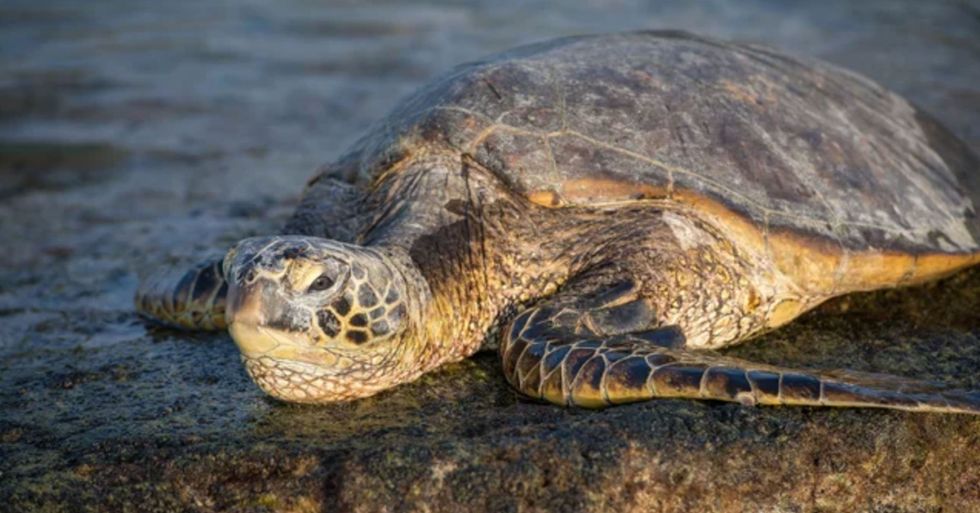 It is unbelievable to say, but the pandemic crisis has had an undeniable effect on our planet... in a good way.

Keep scrolling to learn about the super rare giant turtles that are emerging on beaches that have been deserted by tourists...

As we are all well aware, lockdowns have been implemented all around the world...

Thanks to the uncontrollable spread of the deadly virus, we humans have no choice but to self-isolate and stay indoors.

Wuhan is where the virus initially started, and since the city's lockdown back in January, nitrogen dioxide levels have dropped drastically.

And now, something remarkable has happened.

Last week on March the 22nd, a shoreline in Paulista, a town in the north-eastern state of Pernambuco, Brazil, experienced the births of many endangered turtles.

This particular beach is a very popular tourist spot...

But in recent weeks, the beach has been left completely deserted after the state governor Paulo Câmara ordered a partial shutdown in the area, urging residents to stay indoors and restricting them from gathering on beaches.

The absence of tourists has made a wonderful difference...

Ninety-seven hawksbill sea turtles broke free from their shells and took their first cautious steps towards the Atlantic ocean, with almost no one around to witness the scene.

The WWF explained how this species of turtle helps maintain the health of coral reefs as they remove prey such as sponges from the reef's surface and they also provide better access for reef fish to feed.

The same goes for many different species of sea turtle...

And in more recent days, rare leatherback turtles have been emerging on beaches in Florida and Thailand after not being spotted for decades.

Leatherback turtles are the largest species of sea turtle in the world...

And sadly, they are considered endangered in Thailand and they are also listed as a vulnerable species globally by the International Union for Conservation of Nature.

Experts believe that the reappearance of these turtles has a lot to do with the lack of tourists...

And we don't doubt that for a second.

The numbers are significant here in the States...

According to recent reports, on Juno Beach, Florida, staff from the Loggerhead Marinelife Centre have discovered seventy-six nests over an almost 10-mile stretch of sand in the first two weeks of the season, a "significant" increase on last year.

The largest number of leatherback nests in 2 decades has been found on beaches bereft of tourists, according to environmentalists.

No such nests have been found for 5 years...

"This is a very good sign for us because many areas for spawning have been destroyed by humans," Kongkiat Kittiwatanawong, the director of the Phuket Marine Biological Centre, said of the eleven nests they found.

We humans are easily the highest risk to turtles...

"If we compare to the year before, we didn't have this many spawn, because turtles have a high risk of getting killed by fishing gear and humans disturbing the beach," Mr. Kittiwatanawong added.

This is a remarkable improvement for the wellbeing of sea turtles...

And we can only hope that when the pandemic blows over, we can start to make some drastic changes in order to protect our wildlife. Keep scrolling to read about the seconds-old baby chameleon who didn't realize he was out of his egg...