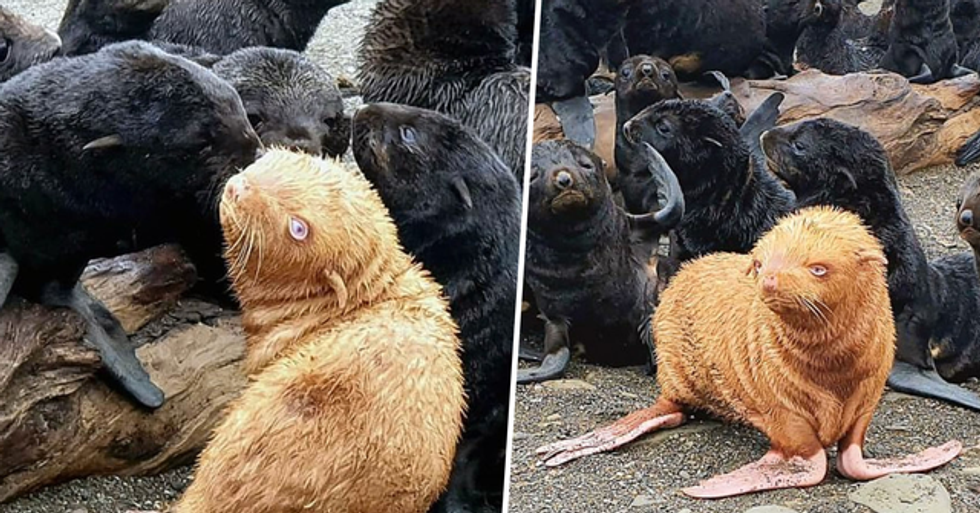 A very unusual seal spotted in Russia - and it has a surprisingly sad story.

We've all seen seals before.

But this is a seal with a difference.

Instead of the usual grey tones...

This seal stands out from the crowd.

But instead of being celebrated for his uniqueness, it's causing a problem.

The other seals aren't on board.

In fact, they're not so keen on their ginger peer.

Which could lead to some sad consequences ...

This rare type of albinism could mean he gets shunned by the herd.

So far, things are looking ok.

"This pup looks well-fed and was very active, so its mother clearly gave it plenty of milk," said Vladimir Burkanov, the scientist who discovered him.

But there are some issues rearing their head.

"Other seals don't pay too much attention to it in a somewhat worrying manner, so something is not quite right with it."

"It is not getting chased or bitten." That's a good thing at least.

To help the marine biologists working with this rare seal, you can donate here.

We just hope he finds acceptance.

Otherwise, we'll be happy to take him as a pet! Fancy another rare animal story? Scroll on ...