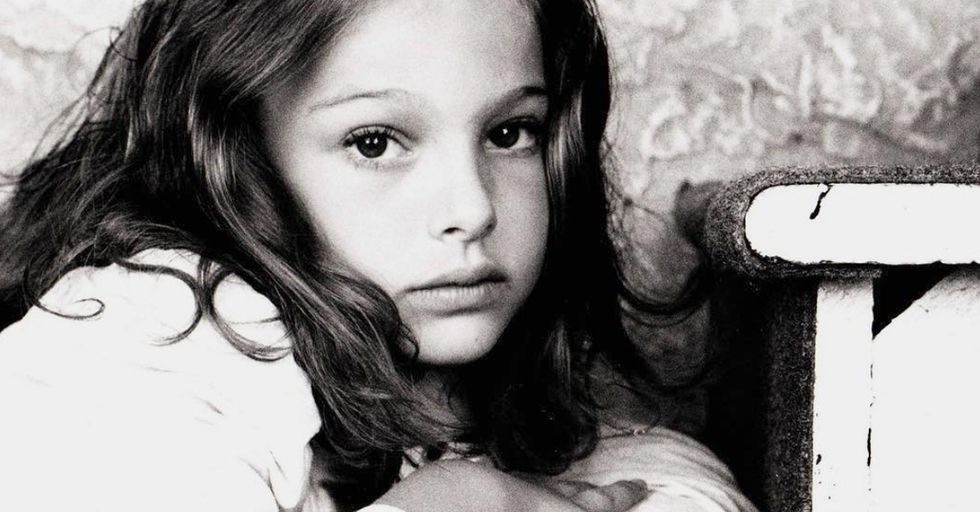 19 Rare Headshots of Celebs Before They Were Famous

Headshots are every actor's first foot in the door when it comes to landing jobs.

Headshots are usually taken right when people are starting out and they're fledgling baby actors, wide-eyed, bushy-tailed and ready to take on the world.

This means that headshots are often hilarious.

They're stuck in the past, full of relics of the '80s and '90s, and they show super famous, glamorous actors we all know and love before they were super famous and glamorous. Way before. People from all walks of life started sharing their first ever headshots with the hashtag #OldHeadshotDay, and the results are incredible.

Who knew Kristen Bell was a full-on child actor? And that she is like some sort of acting witch and never ages ever?

I don't know what he was trying to achieve by pensively holding a marble composition notebook, but I don't think he achieved it.

The side ponytail/parasol combination is a winning one, and more people should use it in their headshots. Who knew this girl would grow up to be one of the fiercest women alive?

While this headshot probably came at least after the first couple Harry Potter movies, Watson was still not famous enough for someone to tell her to lose the hat. The next one is actually shocking...

I don't know about you, but sometimes I forget that Natalie Portman was a straight-up child star. She turned out so...normal. Good for her.

Davis wrote, "I was feeling myself during this shoot." We are feeling you too, Viola! What an amazing actor she is. We're lucky to get to watch her work.

Her hair is different. It's black and white. She kind of looks like she could have co-starred with Jamie Lee Curtis in Halloween. But that's unmistakably the one, the only Reba McEntire.

McCarthy wrote, "If you can't handle my scowling headshot you don't deserve my tiny cowboy hat headshot." So true. We don't deserve Melissa McCarthy at all. What a treasure.

You may not remember that he was a child star, oh, but I do. I was first introduced to Joseph Gordon Levitt in Angels in the Outfield, followed him to the 3rd Rock From the Sun, and beyond. Cute kid. The next one is over-the-top hilarious...

Why so serious, Patton?! Was he trying to get dramatic roles?! As early as I was aware of Patton Oswalt, he was always a comedian.

Fun fact: Before Stephen Colbert was a late-night television host, he was Ted Bundy! Who knew?!

Danielle Fishel is Topanga Lawrence from Boy Meets World forever, but to me, she is also the icon of the front forehead poof bangs and now, an Olympic-level athlete who can jump while wearing roller blades.

Barrymore has been in the public eye since she was itty bitty, and we should be forever grateful for that.

Look at baby Leslie Jones! It took us a while to truly appreciate the gift that is this brilliant comedian, but we will not make that mistake again! The next one is amazing...

Was he auditioning to be your best friend's annoying little brother? Because if so, he got the part.

What an adorable little baby actor who is ever so serious about her craft at just five years old.

I have so many questions. Why the lighter? Did he think it was funny? Or were there really no lights in that room? If there were no lights, why take your headshot there? I could go on...

OK but seriously, has this woman aged a day since this headshot? Because I really don't think she has.

The shirt! The hair! Busy has a real Paula Poundstone vibe going on, and I'm not sure that's what you want for a child's headshot.