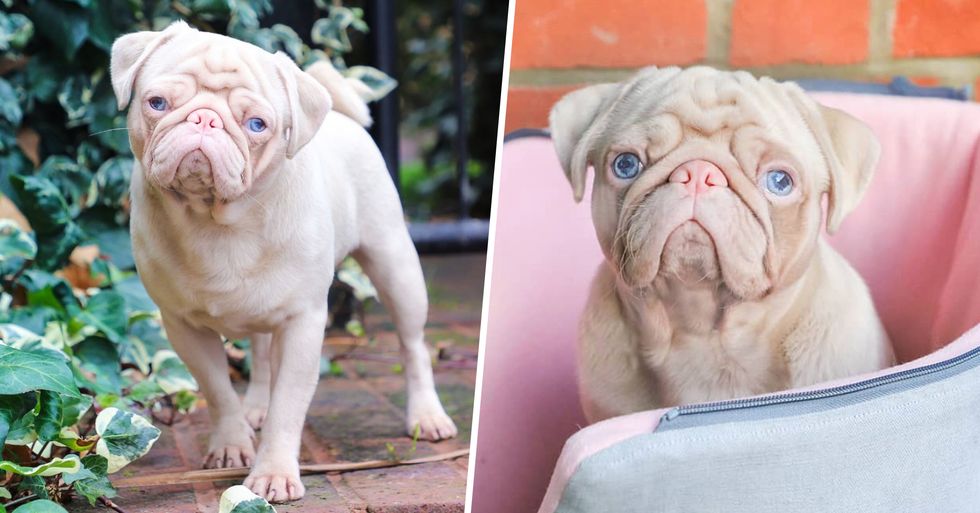 Dogs have been selectively bred for more than two hundred years, but those desired characteristics have changed significantly since originally being bred to pull sleds and hunt alongside humans.

One dog, in particular, has gained a significant social media following for its mutation.

We are responsible for a lot of the health problems dogs experience.

Ever since the wolf first became domesticated all those 15,000 years ago, we humans have been dog crazy, and have become obsessed with creating as many different breeds as possible.

We have created hundreds of different breeds.

And they all look completely different.

Ranging from the Great Dane...

All the way down the divaish Pomarian, dogs nowadays come in all shapes and sizes.

And when you look at a chihuahua...

It can be quite difficult to remember that it once came from the notably more majestic wolf.

Yet despite how cute many of these pooches are...

Some breeds come with serious health issues as a result of irresponsible breeding over the years.

More and more dogs are being born with disabilities.

Years of breeding for appearance have wreaked havoc on our poor dogs' healths, and many breeds are now predisposed to suffer from severe, and often life-threatening illnesses and disabilities.

So many breeds are predisposed to develop these genetic defects...

Breathing issues, heart defects, spinal defects, blindness, skin problems, and epilepsy are just a handful of problems our pure-bred pooches are suffering from.

Sometimes those "defects" are what make people love them.

And that's exactly what's happened for one pug whose rare skin condition has made people fall in love with him.

An adorable dog called Milkshake has become an internet star.

He is one of less than one hundred pugs with the same skin condition which makes their skin a light strawberry pink.

It's really made him stand out from the crowd.

The pink pup is only seventeen months old. His squishy skin and baby blue eyes are made even more irresistible by his light pink skin.

His unusual coloring is caused by a lack of pigmentation inherited from an albino pug in his family line. As soon as his owner saw him, she knew she had to have him.

Maria spotted the pink pup with his brothers and sisters.

The thirty-three year old from London brought Milkshake home when he was just 10 weeks old.

Maria, just like many others, had never heard of pink pugs before.

"I had never even heard of pink pugs before, but when I went to the breeder and spotted Milkshake I thought he was adorable, and knew I had to have him. They’re very rare. At the time, I think Milkshake was one of 30 in the world but there have been a few litters. There’s no more than 100 worldwide. He’s not actually albino – he just has the colouring so he doesn’t suffer from any sight loss or hearing loss. He’s a happy healthy boy."

He is clearly loving life.

Maria described Milkshake as "quirky, happy-go-lucky, and friendly," as well as being "very spoiled."

Milkshake accompanies Maria to work meetings and is treated on a regular basis with spa treatments. The weekly visits consist of pedicures, photoshoots in new outfits, and chicken snacks.

Is it bad that I'm totally jealous of a dog?

Milkshake isn't just a pretty face though, he competes in national dog shows and has a trainer who is working with him so he can feature in adverts and future films.

"Milkshake is the most famous pink pug on social media. His Instagram started just as a bit fun but straight away he got such a positive response. A lot of people messaged me saying they’d had a bad day and seeing Milkshake really cheered them up which encouraged me to post more. His following just kept getting bigger and bigger." We can't wait to see what Milkshake gets up to in the future. Keep scrolling to see some amazing pictures one photographer took of dogs catching treats...