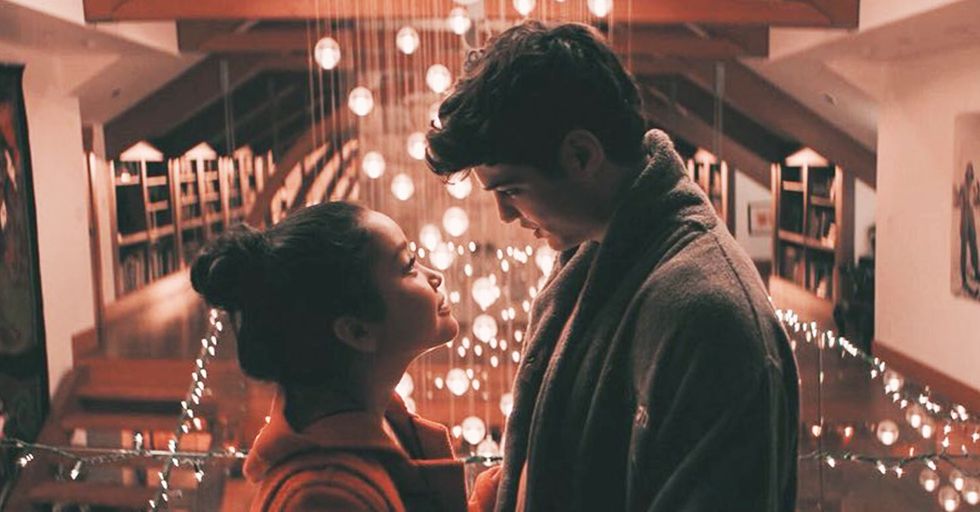 The latest rom-com craze is Netflix’s adorable To All The Boys I've Loved Before. It’s sweet, funny, cute, and pretty much everyone agrees it’s the perfect teen rom-com.

Fans cannot deal with how amazing this movie is.

See what they’re saying in these 30 totally relatable Twitter and Tumblr reactions!

The internet agrees: Peter Kavinsky is just that dreamy.

Let’s face it, there’s enough love to go around.

Why not both? On the next page, funny reactions and one behind-the-scenes story that will give you a cuteness overload!

To the battle stations!

That Covinsky spin, tho.

This is how a lot of fans are feeling, TBH.

BTW, did you know there’s a story behind the cute photo of Peter and Lara Jean in the movie?

We’re not crying, YOU’RE crying. People love To All the Boys, but what could they be mad about? (Hint: it's pretty funny.)

The movie also brought out some frustrations.

Rom-coms are so unrealistic! But that’s why we watch ‘em.

Fans are super upset about this:

Lara’s scrunchie: the real drama of To All The Boys I’ve Loved Before.

When a movie is too satisfying:

I lied, I'm not fine. Next, see what other hilarious things fans have to say about To All the Boys!

Lara Jean is the bravest of us.

It all happened so fast!

If you see a teenager cleaning, something is up.

What's the best part of the film, you ask?

And really, thank you, screenwriters. We know the movie has fans, but what do fans of the book it's based on say? Keep reading to find out.

Fans of the book were impressed.

That’s how you know it’s a good movie!

All you need is love…

Seriously, the scrunchie is a major injustice.

Dang, that would’ve been cute!

When Kitty came for all of us:

Too real. Fans comment on the unexpected wisdom of To All the Boys, on the next page.

Boy was in love already!

Sometimes moving on is too hard.

Since when are teenagers fountains of knowledge?

Don’t we all just want a Peter Kavinsky?

Even Netflix is feeling the “To All the Boys" feels…

Breaking news: Netflix the streaming service is gone. Prepare yourselves for Netflix, the Peter Kavinsky fan-site. Share this story with all your rom-com loving friends!