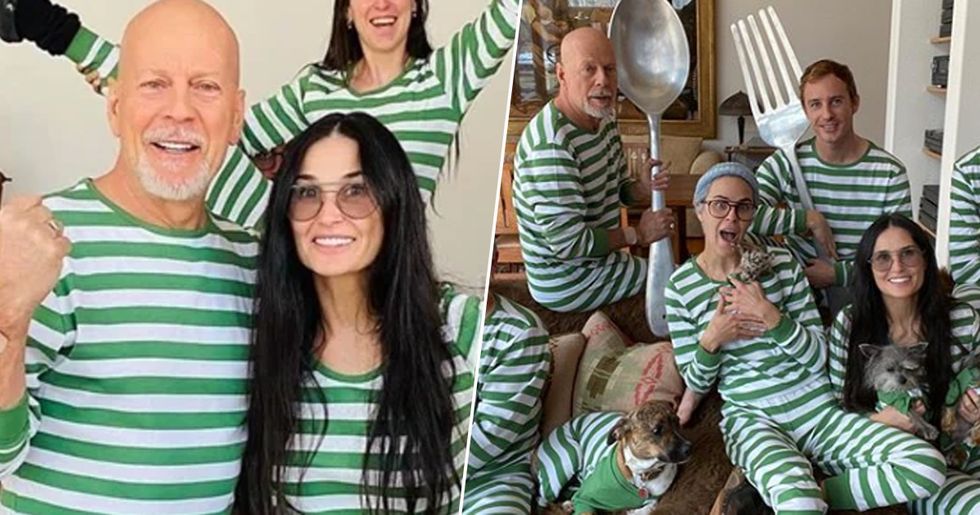 And even after Wills' actual wife, Emma, posted a certain cryptic message on Instagram, it seems as though Bruce is going to stay with his first family.

And now, he's revealed the reason why.

Keep scrolling to find out.

A source told People: "Demi and Emma are close, and all three get on great as a big blended family. There are no issues at all. Emma needed to stay in L.A. with the young kids."

"Demi and Bruce have been best friends for years."

"They are really close." So it looks like this arrangement is working, even despite all the controversy around it. If you want to read more about Demi Moore's life, keep scrolling...

And this one certainly seems the most plausible...

He got stuck in a COVID-19 hotspot.

The Bruce Willis insider claims Willis was in the same area as Demi, where he has a house, but that COVID-19 caused a complete lockdown and he couldn't get out.

He has a house directly across the street from Demi's house in Sun Valley. It's been for sale for years. He was visiting and his family was considering quarantining there. He got stuck because Sun Valley became one of the COVID-19 hotspots.

Apparently.
From Your Site Articles