The Side Hustle Is Real: 19 Real Ways People Make Money Outside of Their Jobs | 22 Words 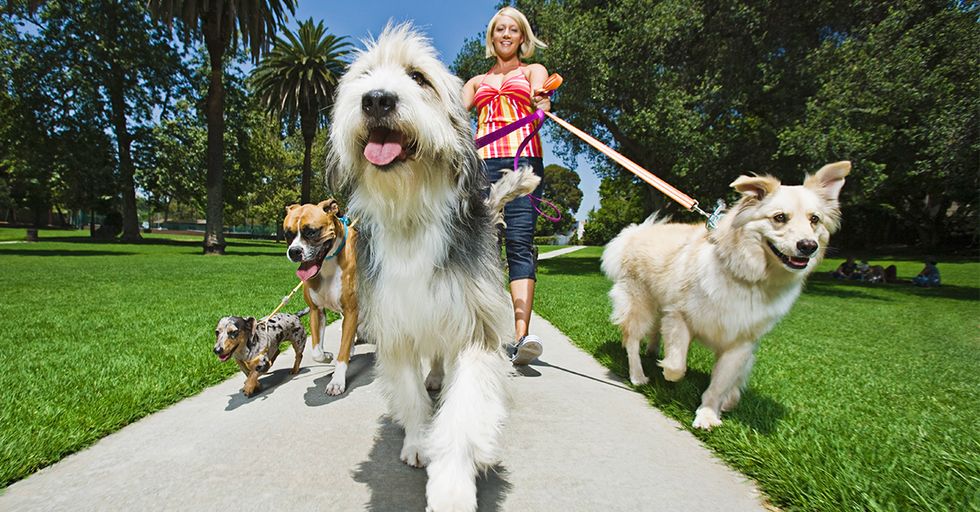 The Side Hustle Is Real: 19 Real Ways People Make Money Outside of Their Jobs

For many people in today's economy, having one job isn't enough.

It's the sad state of the world today, but some people have come up with pretty creative ways to make money outside of work.

We call that the side hustle.

And while some romanticize the idea of the side hustle, it's not the best that we have to resort to it. Maybe you're looking to make a little dough, or maybe you're just curious. Either way, here are the ways 19 different people make some extra cash.

I'm poor but I participate in clinical studies for the NIH as a healthy volunteer. Pay is pretty decent ($150-$250) per session, and since I'm too poor to afford health insurance it comes with the added benefit of providing me with free physicals and STD testing. Pretty sweet deal if you ask me and for many of the studies you only need a functioning human body to qualify. –papigrande

Mystery diner/evaluator for upscale restaurants. I saw this on one of these threads a couple years back and it became one of my favorite things. Doesn't pay super well ($15 per gig) but I get reimbursed for mine and my guest's meals + drinks. Just did a mystery shop at a really fancy steakhouse and spent about $200 on food and drinks. I have to write a full-on essay afterward scrutinizing every detail but it's totally worth. I love fancy food and I'm a pretty fast writer. –Malchicky

Being a 22-year-old that doesn't have much time for anything other than school and work, I house sit for people while they're out of town. You just have to go home to someone else's house for awhile, and for me, I love it. I live in a tiny apartment and staying at an actual house with a full sized kitchen is like a vacation that I get paid for. –SadHurry

I moonlight as a nude model for the local life drawing class. I originally freelanced for the local college, but since I'm currently taking one of the art programs, ehhhhh. .....The only big requirement is you have to be okay being naked in a room full of strangers. And usually, you're the only one. The nice thing about this is A0, you're not expected to be a perfect specimen of the species, a good artist will want a variety of body types for reference. Plus it puts the whole "having a nightmare about being naked at work" in a whole new light –Blue_Moon_Rabbit The next one is a pretty good gig...

Here in Spain, dog walking. I just moved here and miss my dog dearly(staying with parents for next 8 months while I go to school), so I randomly messaged a dog walking FB page. Told them I would love to walk dogs for them once in a while. Met with the lady who started the company and she said 100% I can. I’m not under contract or anything, but whenever she is overwhelmed with dogs, she calls me. I take them for a walk for a couple hours and play with them, and she pays me 25 euros(she charges the customer 30 and keeps 5 as her commission). Honestly, I would have done it for free but the extra money is cool for beer and food funds. I walk and play with a dog for a couple hours 3-4 times a week and make 80-100 euros for it. It helps me cope with missing my dog, and playing with dogs is just f**king awesome on its own. Just msg some dog walking company on FB or whatever, and I’m sure they could use extra help. –Yoinkie2013

My sister lives near Disneyland and has a season pass. She takes peoples orders for exclusive shit from the park and she goes there and picks it all up and uses that time to get her steps in for the day walking around and also making money getting stuff for people and then sells/ships it to them. people will pay a lot of money for the Disney shit that you can only get in the park... now this is obviously not possible for everyone but build on this idea. If you live in an area with baller ass thrift stores or good garage sales buy some shit and flip it online –savvyxxi

I've sold stuff on eBay.... whether it was things lying around the house to actually going to flea markets and finding stuff for sale. Found an N64 with 10 games for 5 dollars. Sold 1 of the games for $27 dollars alone. –atticuslodius

I’m a 23-year-old dude and I love going to yard sales and buying things then reselling them. The trick is to just buy things that interest you and slowly branch out to learn what certain things sell for. –amcge122

Computer repair. You'll be surprised how bad people are with these things and how much they are willing to spend to get their s**t fixed. –smartass09 The next idea isn't half bad...

I paint. It's an incredibly dull thing that people hate doing. It's not hard. A steady hand and decent angled brush for cutting and your pretty much good to go. I do other handyman things if needed except drywall. I do not have the talent for it. –PM-ME-XBOX-LIVE-GOLD

My wife and I made some cute dog videos on YouTube. The licenses for some of them were bought. In total, we made about $2,500 from companies wanted to share the videos on their own sites. –AnotherDrunkCanadian

Amazon Micro Tasks is also a good bit of passive income. It's basically a marketplace for small jobs that require human intelligence. Tasks can include, identifying objects in a photo or video, performing data de-duplication, transcribing audio recordings or researching data details. –Decent_Sauce

If you have a thick skin, referee or umpire rec sports. Games are always outside of normal business hours since the players work too. I used to do soccer refereeing. I figured I was being paid to exercise (and be yelled at). –whatIreallythink4

I sell pot brownies. Pretty simple and discreet and I can make 500-600$ a month with the cost subtracted –ChirurigalDrug The next one isn't as, well, illegal in most places...

Not me but I met a girl who charges $30 an hour for whatever. She'll take your car to get the oil changed, she'll pick you up groceries, she'll go to your house to sign for a delivery or meet the HVAC guy, etc. –elmiller2

tutor children in something you are good at. Right now I tutor elementary kids in chess get paid around 80 dollars an hour. It helps with college costs and the flexibility in hours makes it a nice part-time gig. Another way is mining cryptocurrencies. I have made a nice amount of money just using my gaming laptop and desktop. It does increase your electricity bill but I have come out ahead like 300 dollars in the last 3 months. –loli333

This is somewhat late and more relevant to my area (Texas) but my coworker and I build chicken coops, garden beds, etc. Usually out of scrap wood and it brings enough beer money for a fun weekend project –BohemianJack

Sell your own artwork on Etsy. Seriously, anyone can do it. I’m a hobby painter and have been selling 1-2 paintings a week for a few years now. Find what people love and capitalize on it. –zoeyaneliz

Focus groups. I've made over $1k in the past month alone from signing up for focus groups and user testing/usability interviews. –thatonespicegirl Share this with someone who could use some ideas for a side gig!