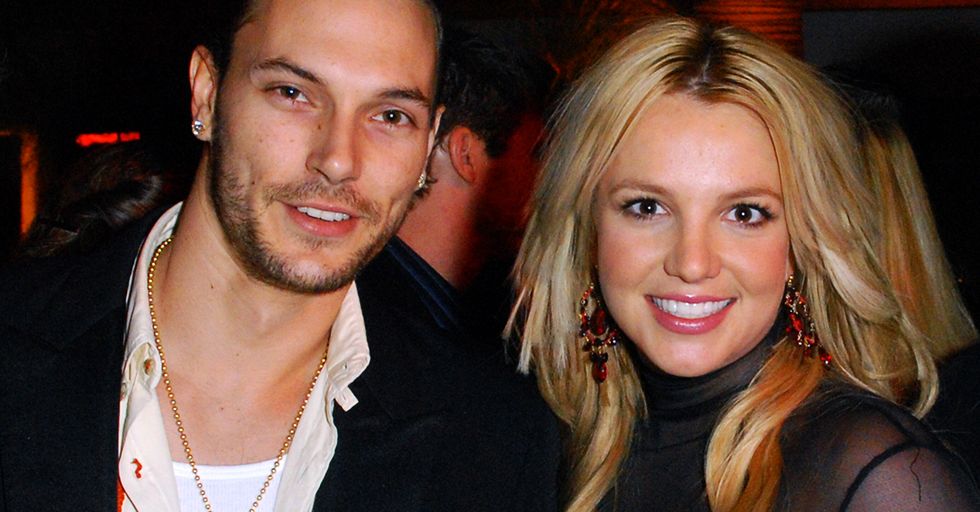 It’s been a year or uh, twenty since some of our favorite reality TV shows were on the air, and you know what? We want them back.

Whether we loved them for their cringe-worthy value alone, or they were simply canceled before their time, we think their time came too soon.

Here’s a list of 15 reality shows we wish to god were back on the air. Do you remember these?

MTV started it all with this simple concept: Eight strangers living in a house together to see what happens. Every child of the ‘90s watched in awe as cameras followed “real people" around, broadcasting their most intimate moments for our voyeuristic pleasure. Until it jumped the shark in its Vegas season, The Real World gave us a pretty unfiltered peek into what human relationships look like on the small screen without the aid of a script.

In contrast, The Simple Life was all about scripted situations. But we loved every minute of it. Watching young, relatively unknown Paris Hilton and Nicole Richie try their hand and living in an RV, feeding a pig, or bailing hay was not very compelling. But watching two Beverly Hills brats mispronounce one-syllable words and attempt to buy bras at Walmart with a Black Card was priceless.

What happens when D-list stars are thrown in a house together with a lot of alcohol? Before Celebrity Big Brother, The Surreal Life showed us just how incredible a show can be when you pair up Ron Jeremy and Tammy Faye Bakker in a dirty mansion. Unlikely bonds were formed, fights about fading fame were had, and bad romances (plus their spinoffs) bloomed. RIP: Adrianne Curry and Peter Brady.

FLAVA FLAAAAAAVE! Who doesn’t love a rather large timepiece hanging around the neck of their favorite has-been rapper? I know I do. Flava Of Love was quite possibly the worst premise to ever succeed, and its success was no secret: The Flave was made for reality TV, period. From the bizarre “naming ceremony" to the awkward hot tub dates with the world’s skinniest gold-toothed man, Flava of Love made us root for the unlikeliest of suitors. Plus, it gave us the equally craptastic spinoff I Love New York, which is a gift in itself.

Flava Of Love birthed our next gold nugget of cringe-watching material: Rock Of Love with Poison frontman, Brett Michaels. Producers scoured the planet (or maybe just New Jersey) to corral a group of wannabe groupies into a house, then task them with the challenge of winning Brett’s heart. Challenges included thong-offs, bartop stripteases, and shots. Lots of shots. As each heavily-tattooed woman was kicked off each week, the look in Brett’s eyes grew more and more disillusioned. Ultimately, we found out there was a pretty decent guy under all of that eyeliner and hair extensions. But we haven't even gotten to the juicy ones yet...

Why this show didn’t last for 35 seasons like Survivor is beyond me. The premise of bringing high schoolers back 10 years after graduation to spend a few weeks together in a house is genius. Each grad was slapped with their high school label of “class clown," “jock," “homecoming queen," etc, to explore how their 20-something persona matched up to their teenage self. Season one even produced an on-camera tryst between two high school sweethearts who’d lost touch with each other. And all I have to say is that if you are a fan of Nicholas Sparks movies, then go binge watch this immediately.

From Gs to Gents

Hosted by Fonzworth – yes, Fonzworth – Bentley, this MTV series scraped up your local roughnecks and tried to pound some manners into them. Stripping contestants of their gold chains and ill-fitting pants, Fonzworth attempted to transform his students into fancy dudes who like ballroom dancing. As strange (and controversial) as the premise was, From Gs to Gents was an oddly charming journey. Weirder yet? It was the brainchild of mega-star Jamie Foxx.

Who Wants To Marry A Multi-Millionaire?

Back in the year 2000, it was considered shocking to marry someone for his money – at least on TV. In Who Wants To Marry A Multi-Millionaire, it was even more shocking that the “multi-millionaire" in question ended up being kind of broke and extremely skeevy. When Rick Rockwell (which totally sounds like a legitimate name), chose Darva Conger as his bride after a 2-hour live TV competition, it only took two weeks for Darva to pull the plug. She escaped with an annulment in hand, but her dignity in tatters.

Before Botched, there was The Swan, a creepy show that used plastic surgery to turn what they called “Ugly Ducklings" into women acceptable under the male gaze. Every thinking woman’s nightmare, The Swan delivered the message that it’s NOT what’s on the inside that counts. Reason to bring it back: Ditch the plastic surgery for some #TimesUp badassery, and watch some real transformations unfold. Boom.

If you didn’t watch this shitshow the first time around, what are you waiting for? Everything needed to make your life complete is only one YouTube search away! Pre-breakdown Britney Spears falls for her backup dancer, Kevin Federline, makes out with him constantly, proposes to him on a plane, then brags about their “amazing sex life" in every scene. Bonus: The entire series seems to have been shot on 1980s Camcorder home video. Sounds about right for the quality of material delivered.

Everything about this show was amazing, and there is no reason it should not be renewed in perpetuity. I mean, come on! Trading your semi-annoying spouse for a freakshow who you hate even more? It’s the perfect scenario for good TV and a lasting relationship – mainly because the couples were matched with temporary spouses who were their polar opposites. The reunited couples running in sheer desperation to hug each other at the end of the experiment was testament alone to Wife Swap’s success.

Host Joey Greco served comeuppance to cheating partners everywhere when he confronted them on camera in the name of sensational reality TV. The fact that he got stabbed in the process of one confrontation only highlights how savage this show really was.

The First Family of reality TV is not the Kardashians. Nope. It was and will always be the Osbournes, who allowed cameras into their home to film their real-life struggles, rockstar frivolity, and potty-mouthed conversations. Nothing about them was normal, yet everything they went through was relatable. Also, seeing Ozzy walk around in gym-teacher shorts while guzzling fizzy water and slurring in his incomprehensible dialect is television gold.

What do you get when you mix toxic masculinity with a group of very confused losers in love? The Pickup Artist! Single men who needed quick tips on how to pick up women turned to the show’s host, Mystery, a man who literally wore a feather in his cap and boasted about his skills in magic. Mystery advised his followers to “neg" women (insult them to undermine their self confidence) in an effort to become “real men." Yes, we need this show back on the air. Reason: Because Twitter will destroy Mystery in a single day.

True Life was groundbreaking in the subjects it explored, and in the hundreds of reality TV series that grew from its simple beginnings. Everything from True Life: I’m Getting Married, to I’m Addicted To Drugs, to I’m Gay For Pay – this series of 140 episodes covered it all. And many of the topics it showcased were well before their time. Reality TV can thank True Life for the countless hit reality series that eventually grew from it – including its very own Jersey Shore.