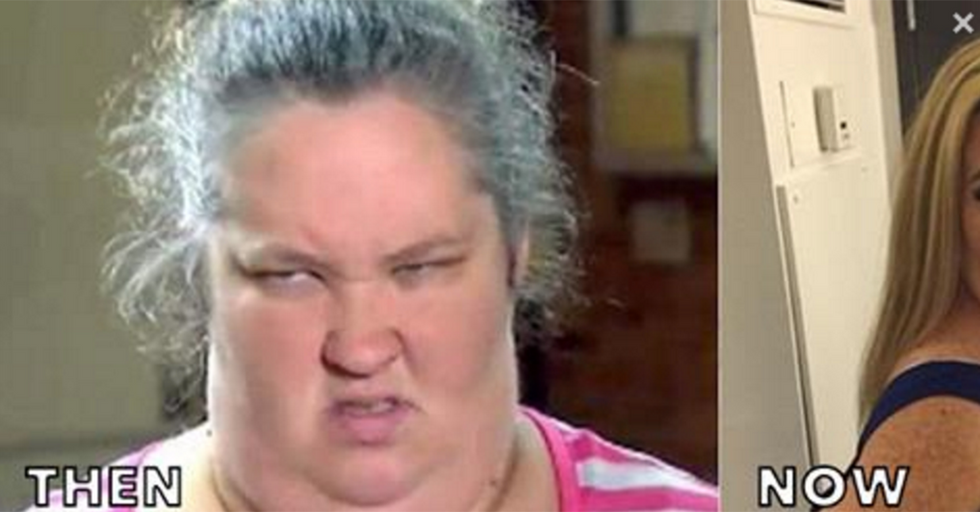 Love it or hate it, Here Comes Honey Boo Boo sure left its mark on reality TV audiences and pop culture in general.

The show followed Toddlers and Tiaras contestant Honey Boo Boo and her family as they negotiated the child beauty pageant circuit. The personal lives of the stars as well as the general feelings towards child pageants made the show a hit, but a controversial one. Many cited it as an example of the "dumbing down" of Americans.

The mom's name is June Shannon, and the daughter really does go by Honey Boo Boo.

Toddlers and Tiaras audiences couldn't get enough of them, so the whole family got their own spinoff show.

Recently, Honey Boo Boo herself made a big splash with her different and borderline bizarre appearance these days.

And even though the show was cancelled in August of 2014, the gang has made some pretty serious bank doing appearances and small-time endorsements.

via: The Feminism Project

Earlier this year, Mama June collapsed at her home, and doctors think it was due to a diet that led to her recent 90-lb. weight loss.

Here's what Mama June looks like these days after her big weight loss.

She had been outspoken about her desire to lose weight since the show aired in 2012.

Quite a change, isn't it?