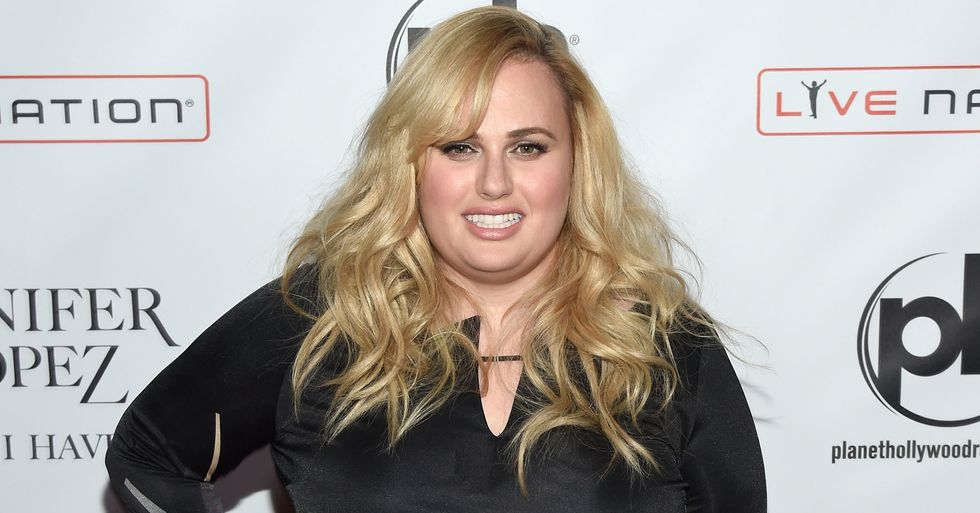 We all know Rebel Wilson as the fun-loving and hilarious actress from Australia.

Her quirky and lovable charm is, quite simply, irresistible and she appears on screens all around the world.

But it has emerged that during the filming of Cats, she has lost more than 3kg due to the hot working conditions.

But she also mentioned this...

Her new lifestyle appears to be working...

Because many reports have suggested that she has shredded a tonne of weight.

This is how she went about it.

She lost thirty-five pounds in just a few months with the help of her celebrity friends. This sent her fans crazy, questioning just how she managed to do it. Though she claimed she started the journey in 2016, the drastic changes happened in the last few months...

Confidence is key when it comes to being an actor...

And as many actors can relate, there will be many points in an acting career when you will be uncomfortable.

She has been involved in the production of Cats, which will be released later this week after being directed by Tom Hooper.

Cats is known for its energised atmosphere...

And especially in Broadway, only the best dancers are cast.

This year's movie adaption is designed to be less focused on the musical aspect...

And it is expected to be a family-friendly movie that is full of entertainment and comedy.

Wilson plays the role of Jennyanydots...

And she has spoken out about how uncomfortable shooting the scenes were.

Speaking to Entertainment Tonight, Wilson said, "I lost 8 pounds (3.6kg) shooting my number in 4 days." "One, because there’s a lot of physicality … but also, they heated up the set very high, to almost 100 Fahrenheit (37.7 Celsius), so that we could never cool down."

So why was the set so hot?

"These people are like, the best dancers in the whole world, so they can’t cool their muscles down or they could get an injury and they’d be out of the film… So they’d heat up the set like a sauna so we would never cool down, but (it) made it pretty uncomfortable," Wilson explained.

Wilson went on to gush about how excited she was to have the opportunity to work on Cats, saying, "You definitely felt how epic it was... From the sets and Tom Hooper directing, and then Andrew Lloyd Webber, who is a musical theater god."

So along with the strenuous filming conditions...

Wilson's new lifestyle was truly put to the test, but she has come through to the other side absolutely glowing.

Here's the woman of the hour...

Amazing, right? And if you're looking to see another amazing transformation, check out Adele's journey to shedding a few pounds to achieve her ideal body type.