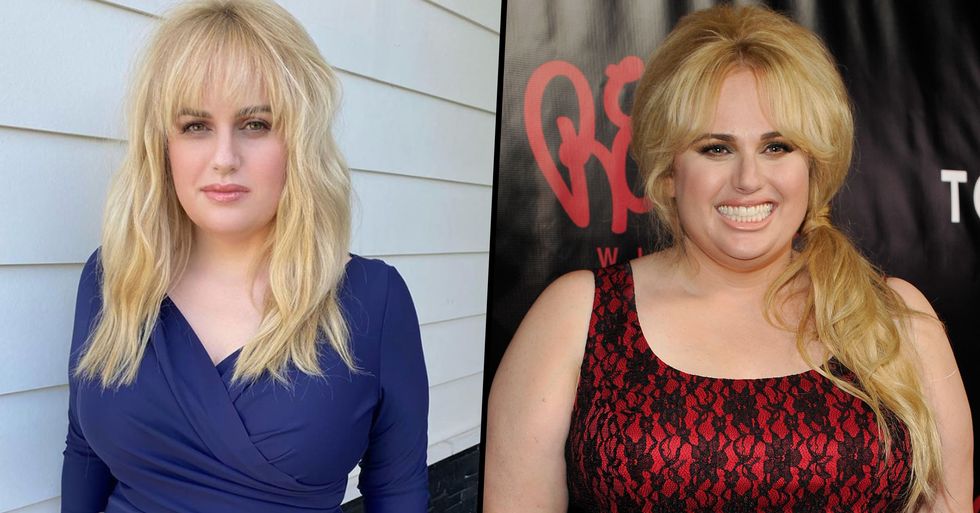 Rebel Wilson has wowed fans after showing off her incredible weight loss with a recent Instagram post, posing in a beautiful, blue dress. The results of her weight loss journey have been nothing short of incredible.

But it turns out that the actress is far from done yet...

But she also mentioned this...

In the most beautiful, midnight blue dress...

She looks gorgeous, doesn't she? We adore her no matter what her body shape is.

The actress was clearly overwhelmed by all of the love and compliments...

So she decided to post a follow-up snap with a caption explaining what she plans on doing next in her weight-loss journey.

"Thanks for all the love so far on my 'Year of Health' journey," she wrote to her fans.

"When I was reaching for the candies last night after dinner I thought to myself 'hmmmm...better not' and had a bottle of water instead... 8kg’s to go until I hit my goal - hopefully I can do it by the end of the year," she told her fans, hinting strongly that she's nowhere near done yet!

You've got this, Rebel!

For more incredible weight loss stories, keep on scrolling to check out the most recent picture of Adele and why it caused so much offense...