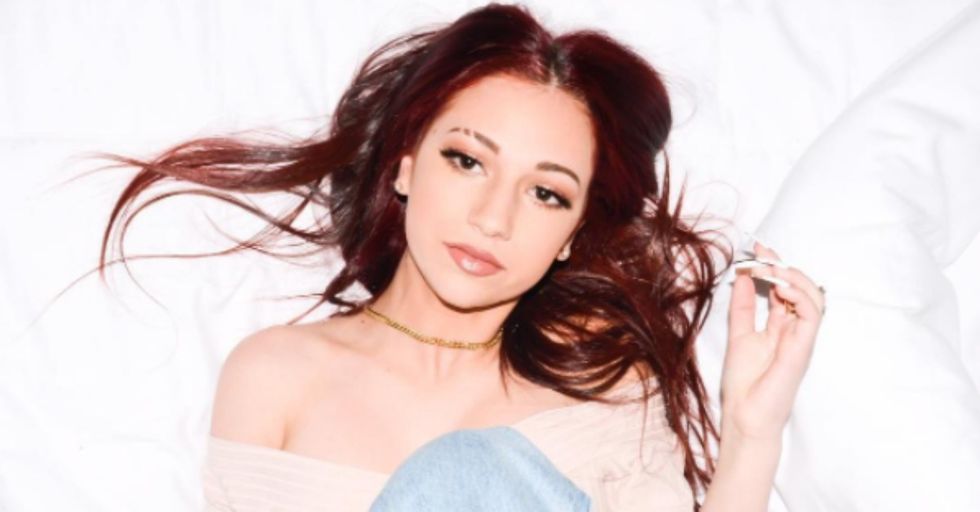 You would think Cash Me Outside girl — known to her friends, family, and the police as Danielle Bregoli — has exceeded her fifteen minutes of fame, but apparently you would be wrong.

She first came to the Internet’s attention back in 2016.

She was known for her explosive appearance on Dr. Phil, where they dug deep into all the fights and chaos Bregoli has caused.

The clips of Bregoli on Dr. Phil's show are pretty hilarious, once you get past how insane Bregoli sounds.

Bregoli's "unique" manner of speaking drew ire from both Dr. Phil and the audience alike.

It sounds like she speaks in cursive or something, but it was funny enough to go completely viral.

Since then, the fourteen-year-old has continuously owned the spotlight following her viral “Cash Me Outside" catch phrase.

She built her "brand" with controversial fights, music video releases, photo shoots, and not to mention eleven million Instagram followers and a boatload of cash.

Danielle is currently charging $30,000 for a public appearance, which jumps up to $40,000 if that appearance is made outside of the U.S.

And even though there are people who would probably pay $40,000 just to send her away, there are those people in Hollywood who just decided that Bregoli needed even more exposure...

Following in the footsteps of the Kardashian/Jenner clan, Danielle’s about to launch her own reality TV show.

Yep, the "Cash Me Outside" girl is getting a TV show. We aren't sure who asked for this, but here it is.

Apparently, no footage has been shot yet.

But producers are certain they’ll be able to sell the concept for Danielle’s show because people love drama and controversy, and she dishes that up in spades.

In fact, Danielle’s managers have been contacted by seven production companies, four of whom wanted to create a reality show which would follow Danielle and her mom.

Considering the cops have been called to break up fights between these two on more than one or ten occasions, they should look into doing some crossover episodes with COPS.

Bregoli has also come into the spotlight lately for her alleged involvement with rapper Kodak Black, but those rumors were denied by Bregoli herself.

When questioned about her involvement with Kodak Black, the 14-year-old replied somewhat humorously, "He's 19! God damn!" Somehow that's the most mature thing she's ever said.

Bregoli has even released a music video with her rapping.

The song is fittingly titled "Cash Me Outside," but it doesn't end there...

Aton Ben Horin, global vice president of A&R at Warner Music Group, said per Variety, “Without a doubt, this girl is a real star with undeniable talent." Uhh...

Some people were a little bit miffed.

The Atlantic Records roster includes huge names like Bruno Mars, Cardi B and Coldplay, just to name a few.

And now, Danielle Bregoli will be joining them.

Bregoli did have her defenders though.

And it's true, she does have a record deal. But the question is, does she deserve it?

Regardless, if all goes as planned then Danielle will make the big move from Florida to L.A. in order to find fame and fortune.

Needless to say, neither her TV show or rap career will be lacking for any material.