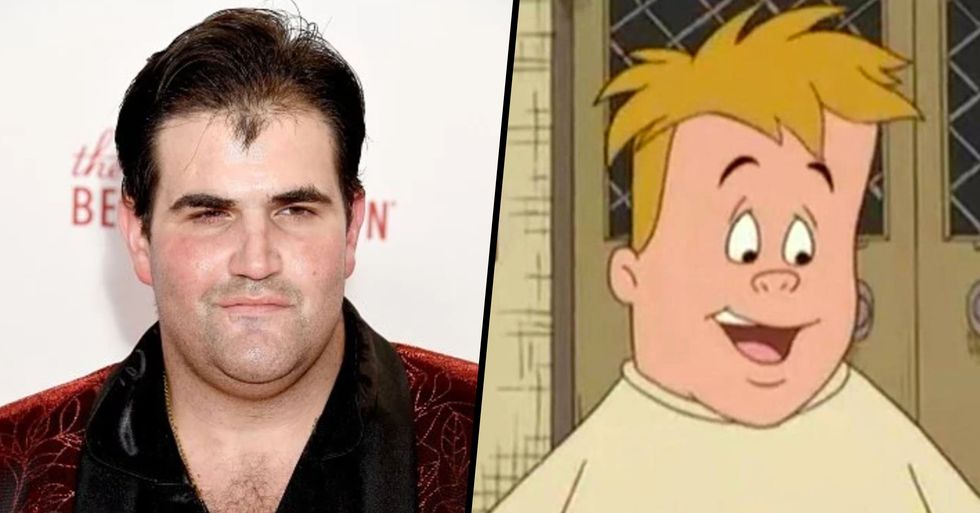 The actor Jason Davis, famously known for his voice acting on the Disney show Recess, has sadly passed away aged 35.

His family has released a heartbreaking statement following his sudden death.

Davis was famously known for his voice work on Disney's Recess.

He portrayed the gentle giant Mikey Blumberg on the hit TV show.

Mikey from Recess was a character who understood everyone, and Jason Davis helped give him a voice. Rest in peace J… https://t.co/g6J1RVaMmT
— MisAnthro Pony (@MisAnthro Pony)1581904829.0

The voice actor started in 1997 and continued with the role until 2001.

Jason Davis was the grandson of philanthropist, Barbara Davis.

His grandfather was Marvin Davis, the late studio chief.

This was to raise money for the research and treatment of type 1 Diabetes.

Davis was just 35 when he died on Sunday.

His family, who are devastated by his sudden passing, confirmed the sad news in a recent statement.

His mom, Nancy Davis, gave the most heartbreaking statement.

"I am so heartbroken to share the saddest news of my life that my son Jason Davis passed away this morning in Los Angeles. Jason had a true heart of gold with such a zest for life."

The family asks for privacy during this sad time.

"He was such a caring soul to everybody who ever knew him. He loved his friends and his family above all else. We ask for privacy as we take time to grieve this most devastating loss."

Davis played a variety of roles in his life.

He was involved in Dave's world, Roseanne, Millionaire Matchmaker, and Jessabelle. Some of his well-known film appearances include Rush Hour, Beverly Hills Ninja and Mafia.

At the time of his death, Jason was working on a TV show called The Two Jasons.

The cause of his death is still as yet unknown.

This lead her to create the fundraiser, Race to Erase MS fundraiser.

Davis has been open about his struggles with substance abuse.

In 2010 he appeared on the show Celebrity Rehab With Dr. Drew.

For the past year and a half, he has been dedicated to his charity.

Recently he had been committed to his own recovery.

Its aim is to stop the cycle of substance use disorder. It helps people detox while staying in permanent recovery.

Davis is survived by his siblings.

He has two brothers, Brandon and Alexander, as well as two half-sisters from his mother's second marriage to Ken Rickel, Isabella, and Mariella. We can only hope that his family is coping as best they can during this devastating time.