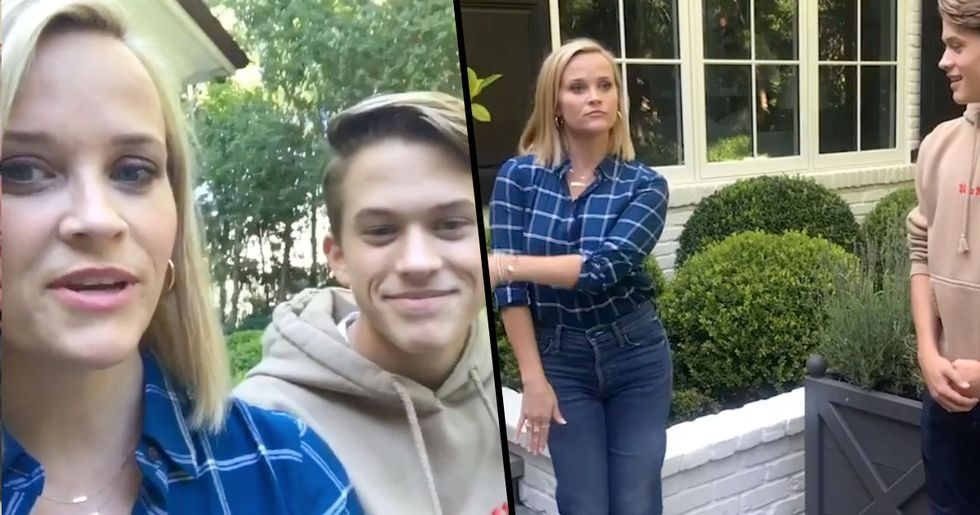 But if you have absolutely no idea what Tik Tok is, no need to worry! Reese Witherspoon obviously doesn't have a clue either, and her son trying to teach her how to use the app is priceless, so keep scrolling to watch the hilarious video...

One of these people is Reese Witherspoon.

She is easily America's coolest mom...

And she took her coolness to a whole other level last week when she posted a video on her Instagram page with her son, Deacon, who was helping her navigate Tik Tok.

For all the moms out there! She desperately asks her son to explain to her what Tik Tok is, to which he replies, "basically, it's a short-form video platform for kids on social media."

She asks her son to help her make a video for Tik Tok...

Which, of course, he agrees! They began practicing all kinds of funny dance moves in preparation for the grand finale.

Some of the dance moves are... interesting?

Reese tries out a load of different moves and shapes, but it seems she eventually starts to get to grips with the whole concept.

The final thing is pretty amazing ...

The fact that Reese kept the outtakes and practicing in the video is comedy gold.

We aren't the only ones loving the video...

Other celeb moms were quick to leave their comments of admiration, such as Selma Blair who wrote: "This is my recreational life. Every day. Everything is a meme over here," and Victoria Beckham who said: "This is just everything!! Kisses. VB."

When we didn't think we could love Reese anymore...

It's time to think again! Reese has proved that Tik Tok isn't just for the cool kids... us moms can join in too!