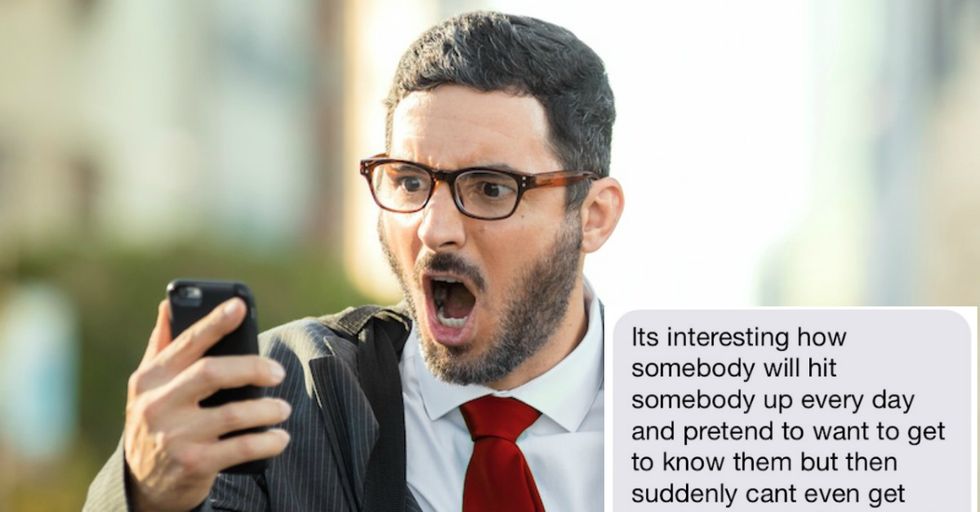 If you ever have a fear of meeting a totally psychotic weirdo on an online dating site, this isn't the post that is going to convince you otherwise. No, my friends, this might just be the most bat crap crazy story you'll hear for quite some time.

And thankfully, this poor soul shared his story on Reddit.

User Inspirations365 met a man on OKCupid, and everything seemed relatively chill at first. They exchanged numbers, and "Drew" began texting him regularly...a little too regularly.

These texts are...something else. He titled the album, "Don't respond to crazy," and can't argue with that. Also, I didn't block out any of the profanity because that would have taken an extra ten hours, so just be warned — dude is nuts.
Yeah, being single doesn't sound so bad.