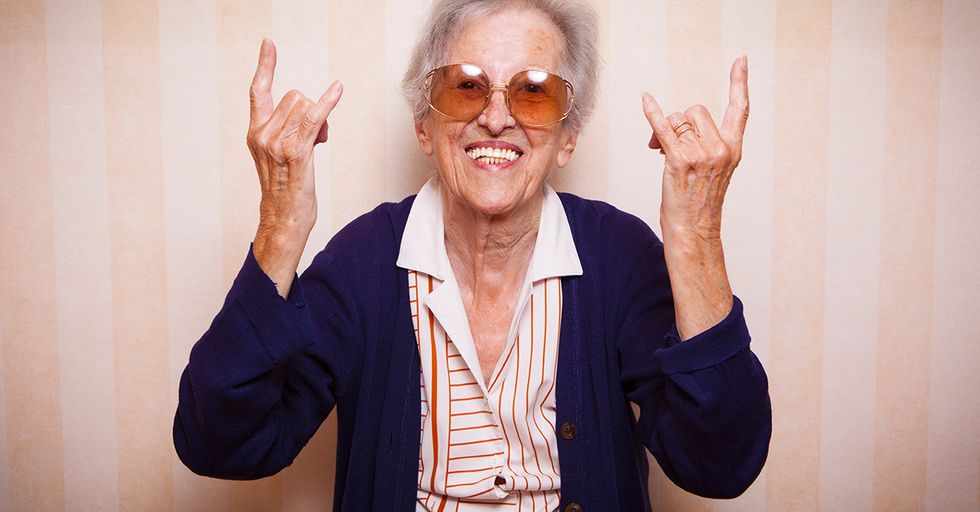 19 Remarkably Satisfying Images That Will Make You Feel Oddly Comforted

There's a lot of nonsense on the Internet. Garbage. Stuff that's hard to look at and to read. Especially these days.

But we're about to change that.

In the following slides, you will find 19 satisfying images.

Pictures that are, in their owns ways, just really pleasant to look at. We all need this right now. You're welcome.

This can't be real! This is like how eggs crack in movies!

No joke, this tulip's leaf was just like, "I don't want to be a leaf anymore! I'm going to be a petal!" And then it actually started transforming into a petal. I did not know that's how nature worked.

This might look like a sandy beach, but in fact, it's all water. It's just the divide between clean and dirty water in the ocean.

It's real! It's there. It's an actual bag. But it totally looks like a cartoon. Whoa. The next one is just delightful...

Look at that! There's one perfectly dry leaf in the bunch. On a side note, can't you smell this picture? It smells like spring.

Either this frog is super happy or it's gasping for air. We're going to go with the first one.

It's a fork! It's chopsticks! It will help you eat your dinner!

The bathroom in this restaurant had Mother's Day cards, envelopes, and pens in the bathroom for forgetful children out to dinner.

I don't know, there's just something about the lowercase letters and the serif font that make this more of a suggestion and actually makes me want to obey it more. The next one is quit the coincidence...

"Yo, bro? I was just wondering... How did you get so swole? I mean, I do a lot of flying, but I guess that's mainly cardio. Are you lifting weights or something? Don't want to answer me? That's OK. I'll see you around."

This little beetle looks like he's all dressed up and ready for the Met Gala. Red carpet, here you come!

Yes, this is a French fry that looks exactly like the Nike logo. "Just eat it!"

These matching socks and Post-its

But the thing is, the colors aren't just like "in the realm." They are exact. How? The next one is what we would call "ridiculously charming"...

What is this, Harry Potter?! A town has to be quaint AF for its speed limit to be a fraction.

Look at this beautiful moment. Two pancakes cooking in one pan, snug next to each other but not touching at all. What sort of wizard achieved this feat?!

Look at this adorable little baby bagel face! How could you eat this? I mean, bagels are delicious, so you could eat it. It was more just an expression.

Have you ever seen an apple with two such distinct colors drawn in a perfect line? The answer is no. No, you haven't. Share this on Facebook with someone who LOVES symmetry!