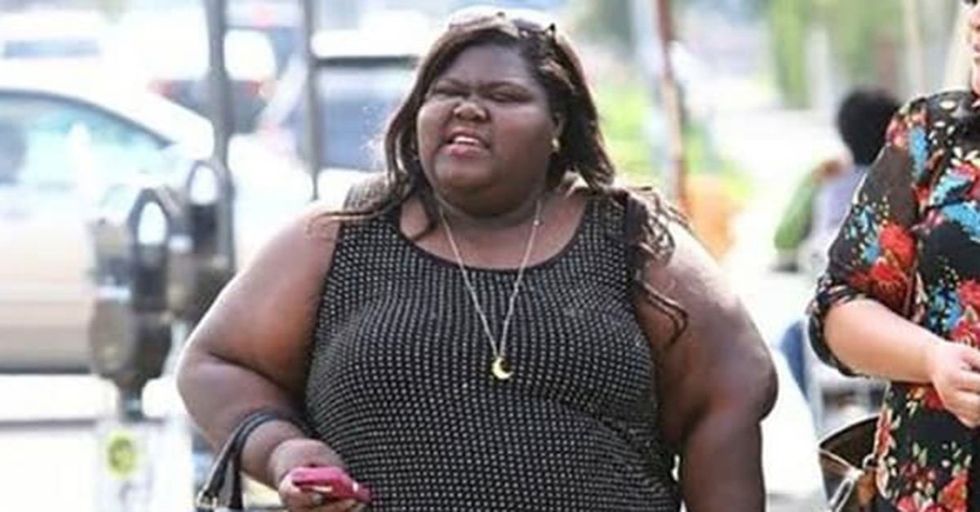 Precious' Star Gaborey Sidibe Has Gone Through an Incredible Transformation

Gabourey Sidibe was an unknown in Hollywood until her big break in Precious made her the toast of the town come awards season.

Despite being a newcomer, she found herself nominated for acting awards across the board.

"Precious" is actually an adaptation of a novel called "Push", but both deal with some extremely dark subjects.

Among the subjects the film touches on include physical and sexual abuse, mental illness, incest, and even AIDs. So yeah, it's a hell of a ride. But it's an incredible film nonetheless.

If you haven't seen her in the movie, it's definitely worth a watch, as you can tell by this trailer.

"Precious" was Sidibe's acting debut, believe it or not.

She was nominated for Academy Awards, Golden Globes, and just about every other award under the sun.

She didn't fit the mold of your typical Hollywood actress, but her talent was impossible to ignore.

And despite making her Hollywood debut in such amazing fashion, she wasn't finished there. She set out to undergo a transformation that has put her back in the headlines!

As is often the case, she struggled with trolls on the Internet and having to constantly defend her body and self-worth publicly.

She didn't let them get her down though, and her weight-loss journey is inspiring.

And that's just the start of it, too!

Here she is last year, looking slimmed and trimmer, and things have only improved for her since last January, when this was taken.

She had the greatest response to those knocking her for her appearance, saying:

“To people making mean comments about my GG pics, I mos def cried about it on that private jet on my way to my dream job last night. #JK," she said. And despite enjoying some leisure time on her private jet, she still finds herself in the gym constantly and is continuing to lose weight.

Gabby is very active on her Instagram, and you can find the standard collection of gym photos there.

But what isn't standard is the complete transformation she's undergone. (And is still undergoing!)

Here's a very recent before and after pic.

The public took it as showing off weight loss, but really she just wanted the world to see her Biggie t-shirt!

Here she is recently at another public function, looking great.

At the very least, if this whole acting thing doesn't work out...

She's doing what makes her happy, which just happens to be better for her health as well.