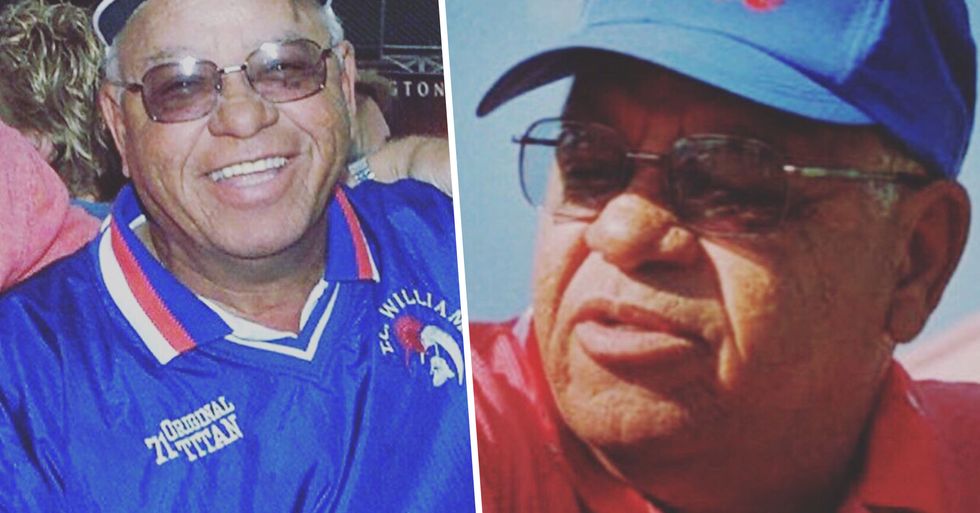 His team. T.C. Williams High School announced the sad news on Twitter on Wednesday. His cause of death has now been revealed.

He infamously helped the team achieve a perfect 13-0 at the 1971 state championship.

His football teams amassed a record of a whopping ninety-nine wins and 8 losses during a 9-year period.

So blessed to have spent time with coach Herman Boone a few years back. I learned so much from him in a short time.… https://t.co/hRWudYWFpS
— Donnie Militzer (@Donnie Militzer)1576710174.0

His 1966 football team was recognized by Scholastic Coach's Magazine as "The Number One Football Team in America."

He was also a huge figurehead for the racial movement.

Leading a team of white and black football players during the integration of Alexandria's high schools, has been hailed as history-making.

Boone was fired from his position as the coach. The Williamston school board claimed that the town of Williamston "was not ready for a black head coach."

His work inspired Denzel Washington's character in the legendary Remember The Titans.

The movie hit screens in 2000 and has since been cemented as a firm smash hit within the genre.

Sadly, on Wednesday the legendary coach passed away.

He passed away at his home in Alexandria, Virginia, aged eighty-four.

Even though his health had been declining, Boone continued to map out football strategy right until the end.

We are sad to learn of the passing of our friend, Coach Herman Boone, who led the T.C. Williams HS Titans to the Vi… https://t.co/zdcqoXuSez
— BRENTWOOD PARTNERS (@BRENTWOOD PARTNERS)1576710140.0

People have flocked to Twitter to pay their respects to the iconic coach.

His cause of death has been confirmed.

We lost a great man today in Coach Herman Boone who inspired "Remember the Titans" "Teamwork is ONE heartbeat of i… https://t.co/z4AqAx3XpT
— CoachTube.com (@CoachTube.com)1576707141.0