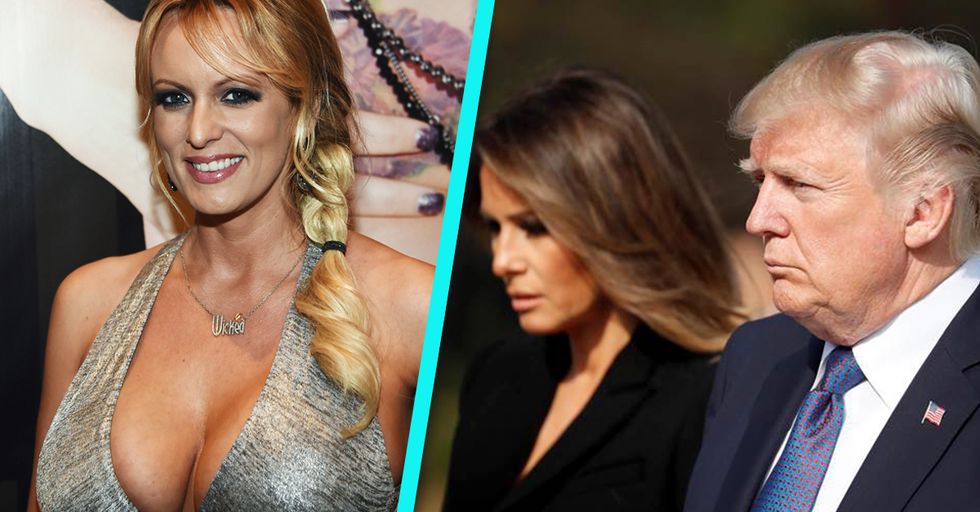 Donald Trump is not having a good day.

No, seriously, the President of the United States is having a very bad, no good, bad, awesomely awful day, most of it self inflicted. Why? Well, my dearest of dear friends, mosey on closer and allow me to divulge unto you the gossip, the 411, the scandal, the shadiest of shades that has occurred on this Friday, January 12, 2018.

It all started earlier this week – (yesterday. It started yesterday) – when Trump uttered his utterly contemptible and racist opinions of nonwhite countries.
When presented with a plan that involved cutting the visa lottery in half, thereby letting the rest of the visas go to African countries and and Temporary Protective Status nations, including Haiti, the noted golfer and enjoyer of "executive time" employed a very distinct reaction.

"Why do we want all these people from 'sh*thole countries' coming here?" he asked, further adding, "Why do we need more Haitians? Take them out." Instead, the president went on to say, he would like to see more immigrants from countries like Norway entering the United States.

The backlash was immediate, with commentators on both sides (rightly) calling the president a racist for his words. Trump immediately tried to backpedal, denying his statements, but a myriad of sources confirmed the words were indeed his.

Cohen has denied the allegations, stating "President Trump once again vehemently denies any such occurrence as has Ms. Daniels" [sic]. As Vox notes, he did not, however, deny arranging the payment.

Vox also notes that while "Cohen also sent the Journal a statement signed by 'Stormy Daniels' denying an affair with Trump, and claiming that “rumors" that she received “hush money" from Trump 'are completely false... the Journal reporters appear to have obtained specifics about the payment."

Cohen also passed along an image of this letter to me, signed from "Stormy Daniels" and dated Jan 10, 2018, denying rumors of hush money from Trump and calling them "completely false." https://t.co/J0taBJZLP5 pic.twitter.com/MX4qgVhyN2