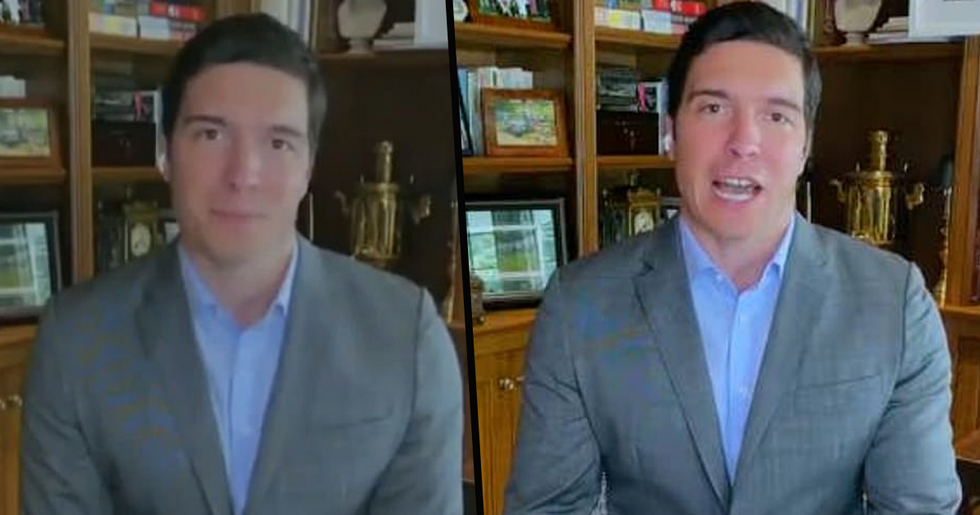 A reporter has received the viral treatment this week after he made a TV appearance without wearing any pants. He really thought he wasn't going to get caught out, but the moment was so hilarious that he decided to poke fun at himself in a series of tweets.

Keep scrolling to see the video that left us all in stitches...

In their day-to-day work, news reporters face a tremendous amount of pressure.

And that includes the reporter's aesthetic.

And some are about the more practical attire...

Because you never know what conditions a reporter is going to have to deliver the day's news in.

But, there are some reporters out there...

Who couldn't care less about what they wear into work.

Like this one reporter who appeared on Good Morning America.

Due to the ongoing pandemic, we know most people are stuck at home and that isn’t any different for reporters. But one would assume you would take all precautions necessary when broadcasting from within your home…

But not Will Reeve...

The ABC contributor didn't realize the importance of camera angles while appearing on the day time TV show.

Down below, it was a whole different story.

He decided to do what we all do when on video chat...

Only getting dressed on the parts we think are going to be visible. Little did he know that due to the placement of the camera, we were all going to get more than we originally bargained for.

At first, things were going well, we could not see the bottom half of the screen...

But when the show decided to unexpectedly merge Reeve in a split-screen, we got a sneak peek of his legs as well as what people have assumed is his underwear. Yikes!

Reeve was a guest on the show to discuss serious matters...

He was brought on to talk about how drugstores are using drones to deliver prescriptions to patients, but rather than focussing on the matter in hand, everyone couldn't help but focus on his wardrobe malfunction.

Reeve should have known better, to be honest.

While another went for more of an investigative role...

While this comment just completely threw us off guard...

Reeve has clearly been involved in other professions before his reporting one... Keep scrolling to see the full video.

Reeve himself reposted the tweet and responded to the mortifyingly hilarious situation.

And he also answered the question on all of our minds...

It's okay guys, they are in fact, shorts.

He later joked about him never getting hired ever again...

"I will not be getting hired as a camera operator any time soon," he joked. "Man the more I look at this the more thigh I see. Yikes. We're our own camera operators these days when we broadcast from home."

It's nice to see that he is still in good spirits...

Even despite being the laughing stock of the entire internet.

At least things didn't get to this level of bad for him. One reporter accidentally broadcasted himself with Facebook filters... Keep scrolling for the full story.