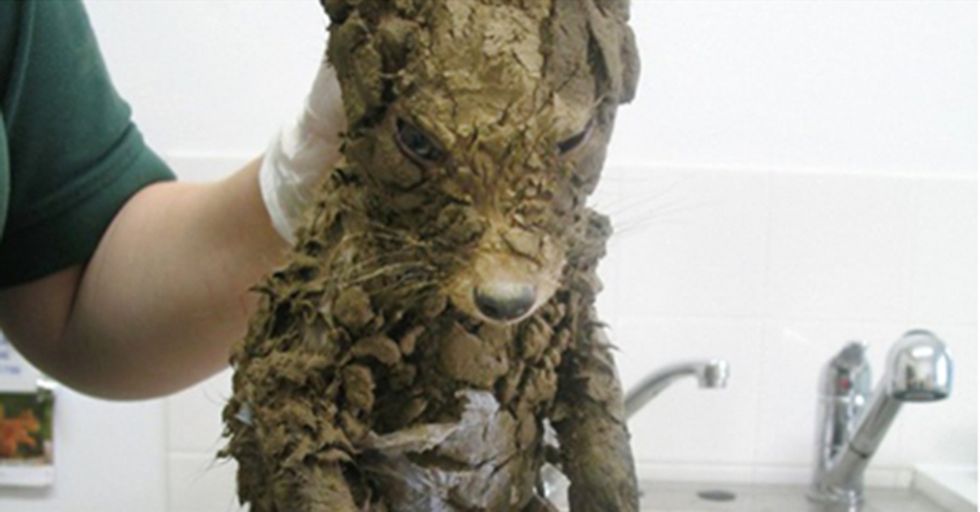 Rescuers Couldn't Tell What This Animal Was at First...Its Transformation Is INCREDIBLE!

Finding an animal in distress can pull at your heartstrings, and you would like to think that more often than not, humans will go out of their way to help to save the critter.

That was the case when a young fox was found stuck in a muddy hole outside of London’s Canary Wharf in such bad shape it barely looked like a living thing.

Builders think the fox had likely crawled into the hole and was unable to free himself, and they knew that if they didn’t act quickly, it would likely suffocate or suffer from hypothermia.

The builders pulled the little fox out of his hole and brought him to South Essex Wildlife Hospital.

One hospital worker noted that the fox would have faced a horrible fate if the construction workers hadn’t brought him in as soon as they did.

Hospital staff cleaned up their newest patient, whom they named Muddsey, and gave him enough food and water to help him regain his strength.

He doesn't even look like the same animal! And thanks to some observant construction workers, Muddsey can get back to his wild life — and hopefully out of those holes.