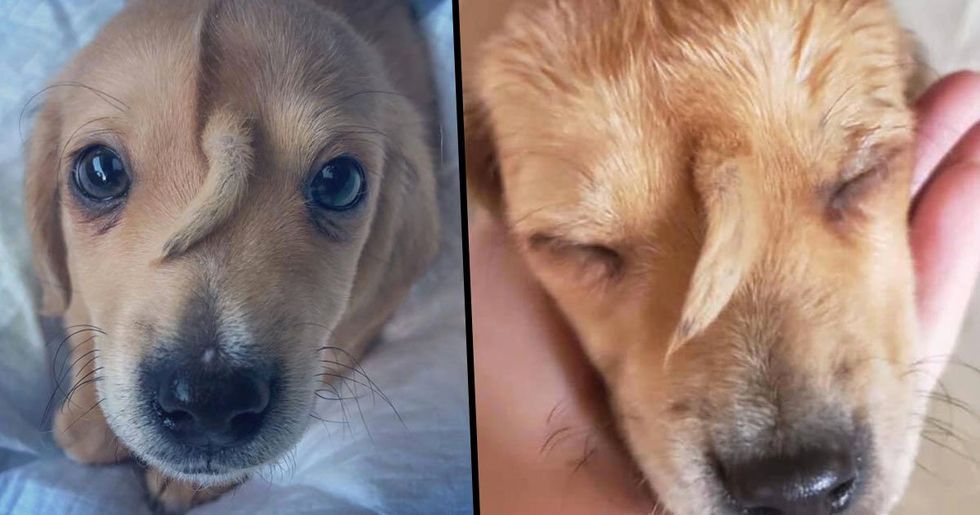 Rescuers Find 'Unicorn' Puppy with 'Tail' Growing out of Its Forehead

Unicorns have become a complete obsession in modern culture. The mystical creatures are everywhere - in stories, t-shirts, homeware, and stationary, amongst other things. While we all know deep down they aren't real, they often symbolize magic, rainbows, strength and of course, they're pretty captivating to look at, too.

But sometimes, little discoveries are made that make us question whether aspects of the unicorn species do actually exist in our world.  And in the instance of one little puppy, this is certainly the case.

An unusual pup has been discovered by a team of rescuers in Missouri, donning what bears resemblance to a unicorn's horn. Keep scrolling to see the snaps of this rather unconventional little unicorn...

The mythical horse-like creature has become an obsession in society.

Let's be honest, what kid hasn't been obsessed with unicorns at some point?

They're everywhere - on toys, books, school supplies - nothing seems to be left untouched by the mystical creature.

But of course, we all know they're not real.

Sadly, they are a work of myth (we can all still dream though, right?). Though there are some unusual instances where animals have been found bearing resemblance to the magical horses.

And this was the case in Jackson, Missouri, when an unusual-looking pup was discovered.

Mac’s Mission, a non-profit dog rescue in Jackson, Missouri, found a pooch, along with another older doggo, wandering all alone outside in the cold.

But there was something different about the smaller dog...

He was found with a tail growing out of his forehead.

So, the team opted to name him Narwhal as an ode to the quirky little feature.

The rescuers posted snaps of Narwhal to Facebook where he quickly went viral.

Many people commented on how the extra tail looked like a unicorn horn.

And we can definitely see the resemblance!

The one-of-a-kind puppy was also found with a foot injury that will require treatment.

The viral Facebook post, which has been shared a whopping 1.6K times so far, was able to raise $1,230 - enabling the rescuers to take the little pup to the vet and get his face tail checked out.

Many people wondered whether his extra tail wags or not.

One of the page’s admins confirmed that: “The tail is not connected to anything and has no use other than making him the coolest puppy ever!"

People have been gushing over Narwhal online...

But those eager to adopt him will have to wait a little longer as he's not yet available to be rehomed. In other dog-related news, keep scrolling to learn about a dog who's so attached to his food bowl that he's refusing to be adopted without it.