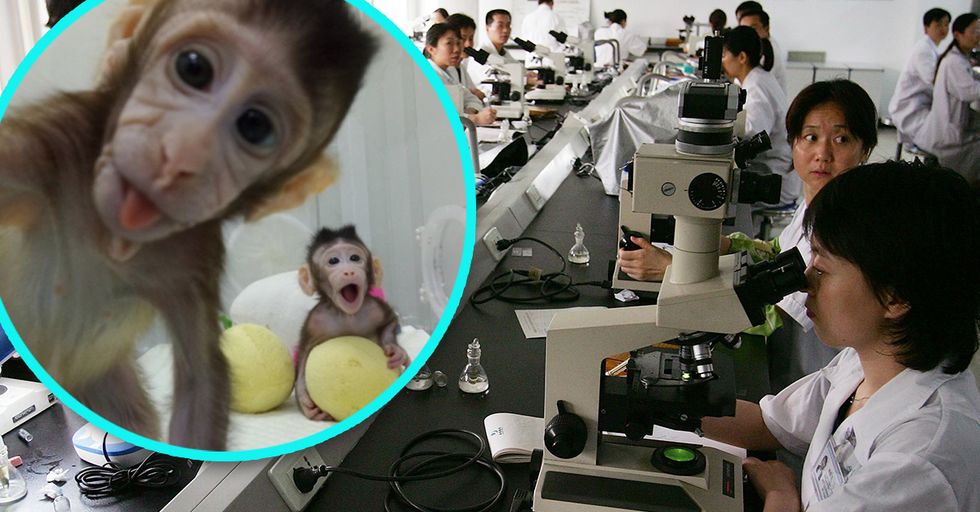 Researchers Have Cloned Monkeys, Which Means Human Cloning Is Around the Corner

Listen, y'all, I have to be honest with you. I'm nervous. And by nervous, I mean I'm shook. Why? Cause the end is nigh! Okay, well maybe it's not nigh, nigh (but it's pretty darned nigh).

As you know, technology has recently been moving at a very aggressive pace. They're even saying we're going to have driverless cars by 2020 piloting the streets of Los Angeles.

L.A! As if the traffic weren't bad enough as it is, now we have to deal with AI operated cars.
That's the honest truth. I know, I know, I'm a millennial, so I'm supposed to embrace this sort of thing. Yay flying cars and computers embedded in your body and even bringing dinosaurs back to life.
But honestly, miss me with that – (okay, well maybe flying cars are cool, but still). I'm not ready for the bright new future because I know it's exactly as the hallowed saying goes – "mo money, mo problems."
Human beings can't handle advanced technology, we're simply too feckless for it. For example, look at atomic weapons. Humans harnessed the power of the atom, and what's the first thing they do? Blow up things.
That's right, mass destruction. And we repeat it with every new advancement we make. Which is why I'm so scared about the newest advancement scientists have made – cloning monkeys. Before you roll your eyes and click away, let me tell you, cloning monkeys is a big deal. Huge! Why? Because now, they can clone humans.
Researchers at the Chinese Academy of Sciences Institute of Neuroscience in Shanghai revolutionized the procedure to create two identical baby long-tailed macaques, Zhong Zhong and Hua Hua.

The twins – or should I say clones – were born six to eight weeks ago, using the same procedure done to create Dolly the sheep 20 years ago, somatic cell nuclear transfer (SCNT), a process "which involves transferring the nucleus of a cell, which includes its DNA, into an egg which has had its nucleus removed."
"Humans are primates. So (for) the cloning of primate species, including humans, the technical barrier is now broken," Muming Poo, a scientist who helped supervise the program, told reporters in a conference call. Nope, sayeth I.

I'm not the only one who feels some kind of way. The scientific community is in a tizzy about it, but the scientists have reassured people they're not going to start cloning humans. "There is no intention to apply this method to humans," Poo stated, further explaining, "The reason ... we broke this barrier is to produce animal models that are useful for medicine, for human health."
While this is all good and well, I watched The Island, and the 20,000 other sci-fi movies that deal with this exact scenario. It never ends well – never. I'm already waiting for news reports 20 years from now when they find a factory manufacturing human clones for parts. Just sayin.