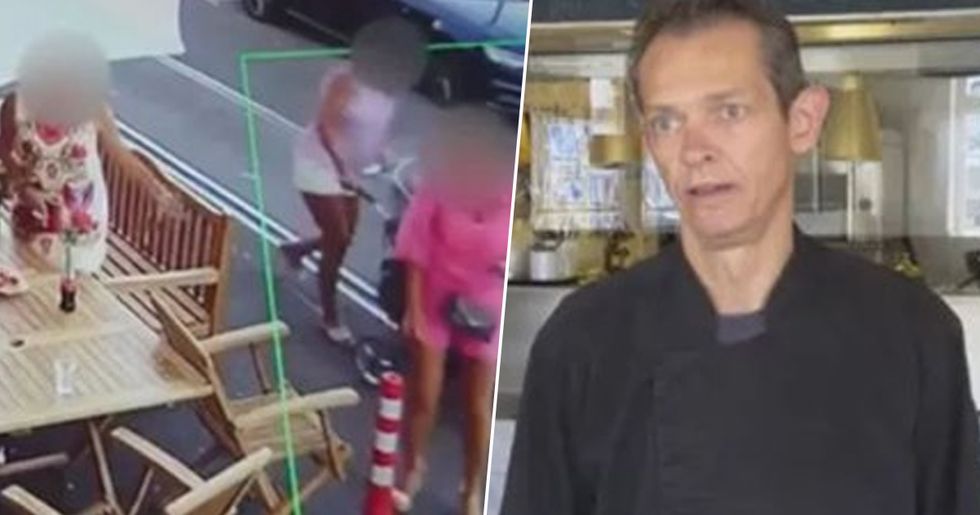 Restaurant Hit With $650 Bill After Diners Leave Without Paying

Working in a restaurant can be the absolute worst - and running one can be even more stressful.

And what makes things much worse is when people come in and then run off without paying but that's exactly what happened recently in the UK and the restaurant were left with a HUGE $650 bill.

Working in a restaurant can be a tough old job!

And people who haven't worked in the food service industry just don't get it.

You're sat around waiting for a snow day.

But newsflash - there's no such thing as a snow day when you work at a restaurant. People still have to eat, and that means you have to be there to cater to their every whim.

And you're bound to forget a table every now and again.

Because your brain is running at a million miles a minute trying to remember table four's drink orders straight, grabbing table seven's extra napkins, and checking to see if the bar has your cocktails for table three.

Bit of a weird one but it's true - all of your money is wrinkly! No fresh notes here. Who knows where customers get their bills from? Sure, they all spend the same, but they can't all be used at the self-checkout.

And to make matters worse - some customers are just straight-up d*cks.

Anyone who's worked in a restaurant has been in this situation.

If there's only one piece of advice I could impart to restaurant goers, it'd be this: If someone asks to see your ID, just give it to them. If they don't ask, just drink your drink and shut the heck up about it.

But recently one restaurant had THE WORST DAY.

How so? Well one entire table of people did a runner without paying, leaving the restaurant with a $650 bill.

The owner broke the news.

Eric Tavernier, who runs Les Enfants Terribles, said that the entire group of 12 stood up one by one and left the table after finishing their meal.

He had his suspicions about the group.

After they phoned up to book their table and ordered the most expensive dishes on the menu.

They refused to pay a deposit.

And insisted that they were sitting outside. But when they started to leave, other diners rushed out and started a 'street fight' with them for dash and dining.

The owner wants everyone to know who they are.

I feel kind of angry for myself but I can't really do any more about it so what I want is for everybody to know who they are because they will move about as they do and they will go to other places and they will keep doing it.

The maximum sentence for making off without payment is up to two years and a fine up to £1,000.