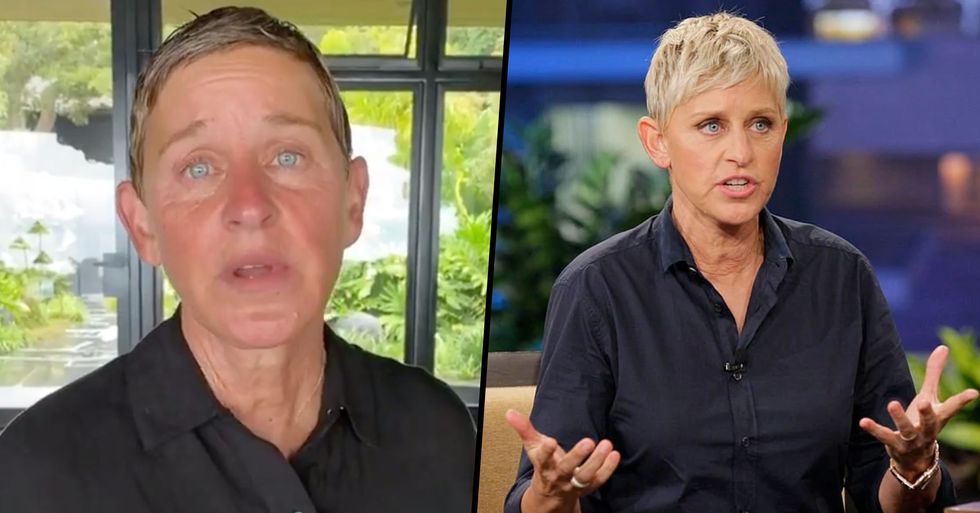 Even after Ellen DeGeneres issued what was supposed to be a heartfelt apology, stories of her mean nature keep appearing.

But now, a resurfaced tweet has given people some "proof" to the horrific claims plaguing the internet.

This could really be the end for the talk-show host but there's a huge twist in this story...

Could this be the end for Ellen's career?

In this one, she claims to have had a "good day" after making someone cry...

The tweet is pretty weird, to say the least, but if you look a little deeper, there's more to the story than what meets the eye.

But what we do know is that things have not been going well for Ellen in recent months.

So, in light of all the backlash...

Ellen wrote a letter to her staff where she said that the culture behind the scenes was not a reflection of the values she started the show with and vowed to do better in the future.

But it seems as though the apology hasn't been received as well as she hoped.

While other celebrities such as Brad Garrett and Lea Thompson have already expressed their views of how Ellen needs to take responsibility for her actions, now a resurfaced tweet has come back to haunt her.

In the ill-worded tweet, she claims to have had "a good day" after making one of her employees cry.

The post was made public eleven years ago and has recently been dug up because "it really did not age well."

Of course, comments came pouring in...

Most of them were along the same lines as this one...

But what people failed to realize was that context plays a big part in this.

It seems as though Ellen's other previous acts have left people's views of her clouded.

Many people came to her defense though, citing the reasons she made her employee cry.

It was because she paid for a vacation for her and they were so thankful, hence the tears (of happiness!).

There were a few people commenting a similar thing...

But their comments were drowned out by the wave of other social media users referring to her other scandals.

Don't believe everything you see on the internet, guys. Now, this tweet might have been weird, but you know what's weirder? Ellen's supposed "friendship" with George Bush... Yikes.