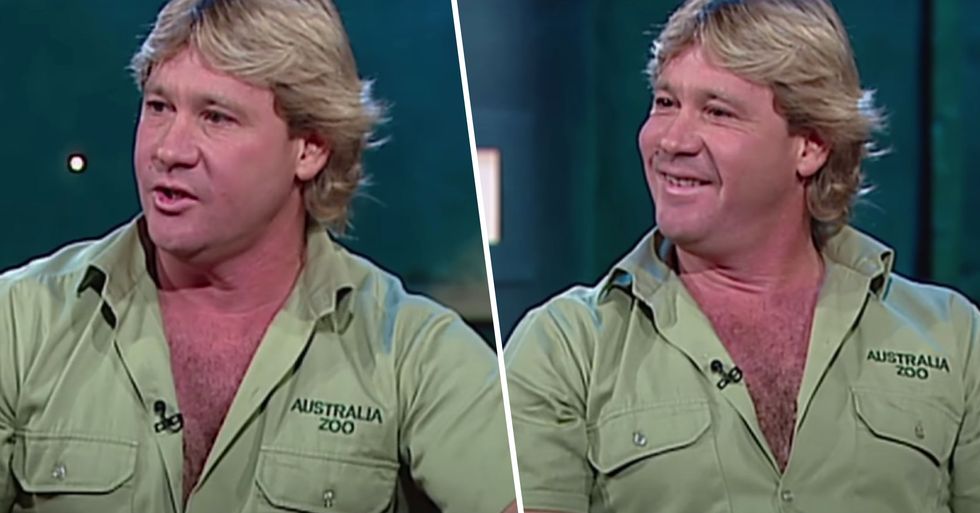 But this week, footage of Steve has resurfaced and it's reminding people of why he was such a legend. Keep scrolling to watch the clip for yourself...

This week, footage of Steve has resurfaced.

And it's reminding everyone of how much of a legend he was.

A clip from 2002 involving Steve Irwin and Rove McManus is going viral on social media...

It's been nearly 2 decades since Steve sat down on the couch with Rove and it's truly highlighted why we all love him so much. Keep scrolling to watch.

The video was posted on Reddit with the headline "Damn this guy is missed."

And it prompted many to reminisce about the late star.

One fan described him as "modern royalty" after viewing the uneathered clip.

"He is modern royalty. If Bob and Bindi [Irwin's children] needed my help, if they needed me to carry a flag into battle, I would. Because they are the prince and princess of the king. Not a man I voted for, but one that campaigned for us, for the animals, and for the Earth. I don't know them. But I love the Irwins and it's because of how special Steve 'the bloke' Irwin was."

"I strongly believe the world would be a different place if he was still around. Characters as eternally positive and passionate as him are becoming increasingly rare," wrote another.

Gone too soon. The Irwin's recently found themselves at the center of backlash. Keep scrolling to find out why...