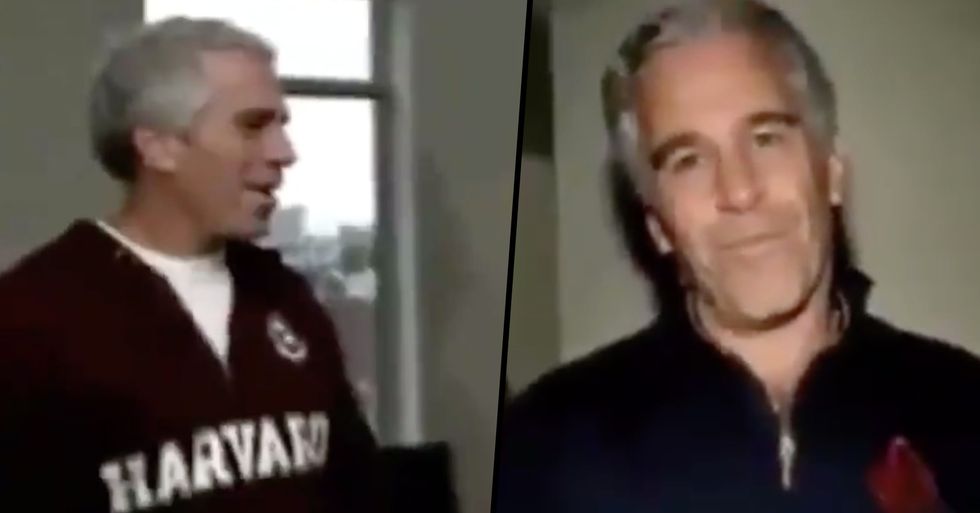 When news hit that shamed financier, Jeffrey Epstein had committed suicide while in prison awaiting trial, people were initially shocked. The fact that he would somehow manage to get away without ever facing up to his victims in court seemed a total miscarriage of justice, and the internet felt this was massively unfair.

But as more and more details of Epstein's death were leaked, things started to look not quite right. The man who has, in the past, claimed to be the President of the United States's "best friend" managing to end their own life while in prison on suicide watch? Things just weren't adding up.

And what's even odder? Epstein's links to the elite. Now resurfaced TV clips show just how entrenched in the world of powerful people this criminal truly was...

Epstein's connections to the elite are well known.

But it's hard to believe or understand how they managed to go on.

How could such an evil man become so well-connected?

The glorification of the wealthy can lead to some pretty horrific outcomes.

As some newly surfaced TV clips have proven.

Because in spite of what the world knew about Epstein ...

It almost seems as though we... didn't care?

But one thing's for certain - it seems justice is still far away when it comes to Epstein's numerous victims. As Jennifer Araoz, allegedly raped by Epstein aged just fifteen, puts it, "I am angry Jeffrey Epstein won’t have to face the survivors of his abuse in court. We have to live with the scars of his actions for the rest of our lives, while he will never face the consequences of the crimes he committed the pain and trauma he caused so many people." And now an old TV clip of Epstein has sent Twitter into meltdown.

@mannyfidel I've sworn to myself for years that I remember learning about Epstein from the annoying British voice o… https://t.co/WdodgVhwvq
— Nyved (@Nyved)1597880291.0

@mannyfidel @MaterialistWife This is so incredibly poorly aged that I can refuse to accept its real
— Justin Chaillet (@Justin Chaillet)1597885722.0

Here are the clips that got everyone so riled up ...

“What do you need a commercial size airplane for?” Thank god for investigative reporters. https://t.co/oU3YwIFAOc
— Tracie Hunte (@Tracie Hunte)1597875179.0

Scroll on for all the weirdest stuff that was found in his town house ...