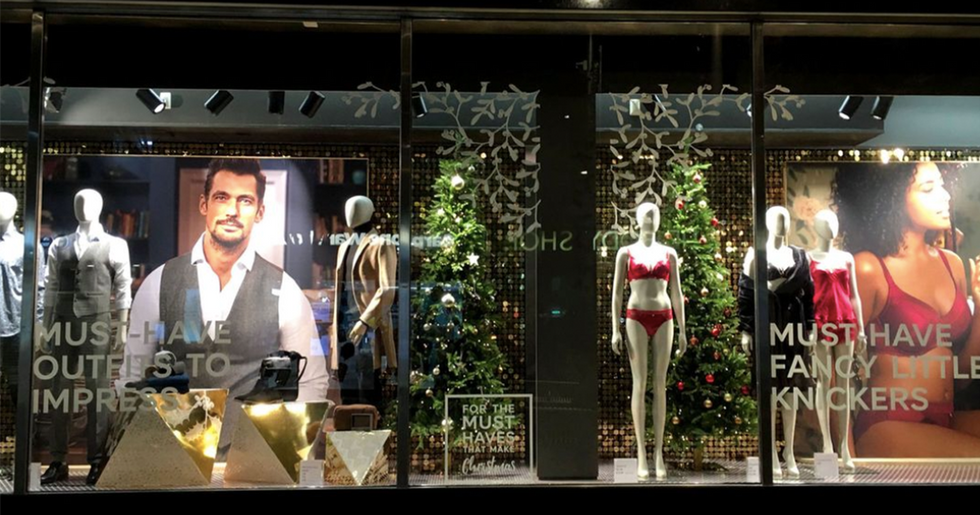 It's finally the holiday season which means lots of things: lights, trees, baking cookies, watching Home Alone 75 times and wondering if you could pull off Kevin McCallister's mitten and knitted cap combo as an adult. But, let's not forget that the holiday season also brings out the rage in people's emotions.

There are lots of things people get outraged about during the holidays. Is it too early to put up decorations? Too late? Should we say "Happy Holidays" or "Merry Christmas?" Are the Starbucks cups somehow offensive this year? Have we decided what about them is offensive or should we be low-grade offended until we can figure it out?

Whatever we are outraged about this year, we can all agree the holiday season is the time when our brains realize we are about to be cold for the next three months, so they decide to warm our fragile bodies with anger. (I'm pretty sure this is how bodies work but look, I'm not a biologist.) It's a time-honored tradition.

Also, some things are actually offensive.

Or just done in poor taste.

Like when people insist on throwing ugly sweater parties.

Come on, can we wear normal clothes? This joke was over like two years ago.

Now they make sweaters specifically for ugly sweater parties that are secretly cute.

So it's really meaningless! Ok, sorry, I'm getting distracted on the sweater soapbox. Let's move on.

Marks & Spencer is a fancy department store in the United Kingdom.

It's not hard to see why people were offended by this.

We are pretty sure women also have jobs.

Many agreed that the advertising was sexist.

In fact, there were a lot of reactions.

And Rose McGowan even had an idea on how to fix it!

Make it fair .@marksandspencer A window with men in lingerie and women in suits would make this okay https://t.co/LJztDmfv8M
— Rose McGowan (@Rose McGowan)1542831400.0

Although, some people disagreed with her plan.

People pointed out that the display felt demanding.

And it made women out to only care about frilly underwear.

But some people thought it wasn't a big deal.

@FiLiA_charity @marksandspencer Think your over reacting. Think there's more to worry about than this.
— Holly (@Holly)1542833631.0

They weren't offended by the department store's advertising.

Some people thought it was flawed logic.

@AnnOlivarius @FiLiA_charity @marksandspencer It doesn’t say that the knickers are must haves to impress. It says m… https://t.co/P5TeGZC7Lf
— Launceston Storm (@Launceston Storm)1542832950.0

To be honest, I think this was poor advertising.

But, as it turns out, there was more to the story.

The original photo didn't show the whole display window, only a portion of it.

It turns out there was a "dress to impress" section with women's clothes.

But people pointed out that even if there was a women's clothing window, there still wasn't a men's underwear window.

Where were the silky, holiday-themed boxers?

Others pointed out that store display windows are often based of which items are the most popular.

And men don't buy as much underwear.

Users argued that dressing the mannequins comes down to pure economics.

@FiLiA_charity @marksandspencer I used to dress up mannequins at my first retail job. Part of my training was I had… https://t.co/LEKx3MWVgS
— 🎂Birthdayweegee🎂 (@🎂Birthdayweegee🎂)1542849188.0

This user argued for sales, not sexism.

But the debate went on!

Is fancy women's underwear even really for women? Or is it advertised to please men?

Some people said it was.

@rosemcgowan @marksandspencer Whats displayed in windows is what a company feels will bring in customers. It's not… https://t.co/tBcNDINLpD
— Rhi Rhi (@Rhi Rhi)1542839508.0

It was truly a lot of underwear debate.

A protester even changed the display text.

They put a poster over the words so it read "Must have fancy little full human rights."

Marks & Spencer said they won't take the display down.

They don't believe it is offensive or sexist.

In their statement they said:

"M&S sells more underwear, in more shapes, sizes, and styles than any other retailer– especially at Christmas." They went on to say, "We've highlighted one combination in our windows, which are part of a wider campaign that features a large variety of must-have Christmas moments, from David Gandy washing up in an M&S suit through to families snuggling up in our matching PJs."

Their spokesperson, David Gandy, responded to the outrage on his own Twitter.

And posted a photo of himself in some sexy knickers.

All in all, it was a confusing and complex argument.

Women are sharing photos of underwear with the hashtag #ThisIsNotConsent after a 17-year-old’s underwear was used a… https://t.co/u4oKun0Zc8
— Zainab Salbi (@Zainab Salbi)1542810848.0

Compounded by the fact that women in Ireland recently posted photos of their underwear and marched with underwear to protest a rape trial. The trial revolved around a man who was acquitted for the rape of a teenager after his lawyer claimed her lacy thong proved consent.

It felt personal for many women.

But others felt it was an overreaction to a relatively small oversight.

Unfortunately, many of the replies were much more sexist than the display itself.

Because, that's how the internet goes.

But agree or disagree...

One person had a good idea.

This would probably have been a better ad.