Return of Darth Maul Teased for Season 2 of 'Star Wars: The Mandalorian' | 22 Words 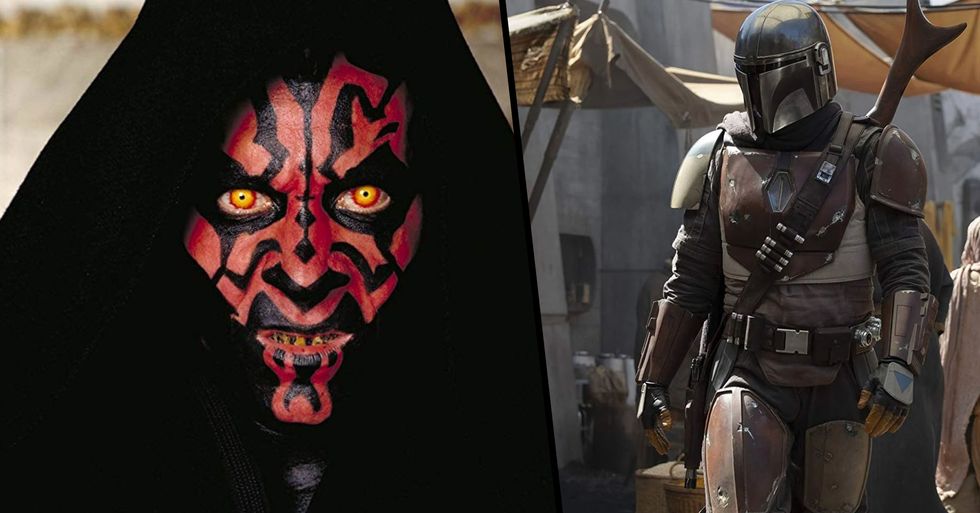 Return of Darth Maul Teased for Season 2 of 'Star Wars: The Mandalorian'

Unless you've been living under a rock, you'll probably be aware Disney fanatics finally got to sign up for the studio's long-awaited streaming service, Disney Plus last month. The service boasts an impressive slate of Disney content - from gripping superhero spectacles from the Marvel Universe to classic Disney princesses, there's no shortage of content to feast your eyes on, straight from the house of the mouse.

But the one show that everyone has been talking about? The Mandalorian.

There's no doubt the series has been a breakthrough smash hit. Now, season 2 has been teased along with a release date, but there's one element, in particular, that's got fans divided...

The original sci-fi spin-off series, set in the Star Wars universe, has been drawing in significant praise from fans, who have been eagerly digging into the episodes available on Disney's new streaming service, Disney +.

It well and truly had fans hooked and has completely taken over pop-culture since it hit screens. Scroll on to get all the details on the upcoming second season.

The Mandalorian had a staggering number of these impressions between November 17th to November 23rd.

His tweet was, of course, a reference to the Darksaber. The fact that both actors weighed in on the show lead many to speculate the return of the infamous villain for the show's second offering.

Either-way, we suppose we'll have to wait and see. The Mandalorian season 2 will hit screens in fall 2020. In other Star Wars news, Star Wars: Rise of Skywalker recently landed in theaters, but many have said it has copied another smash hit movie. Keep scrolling to see why.