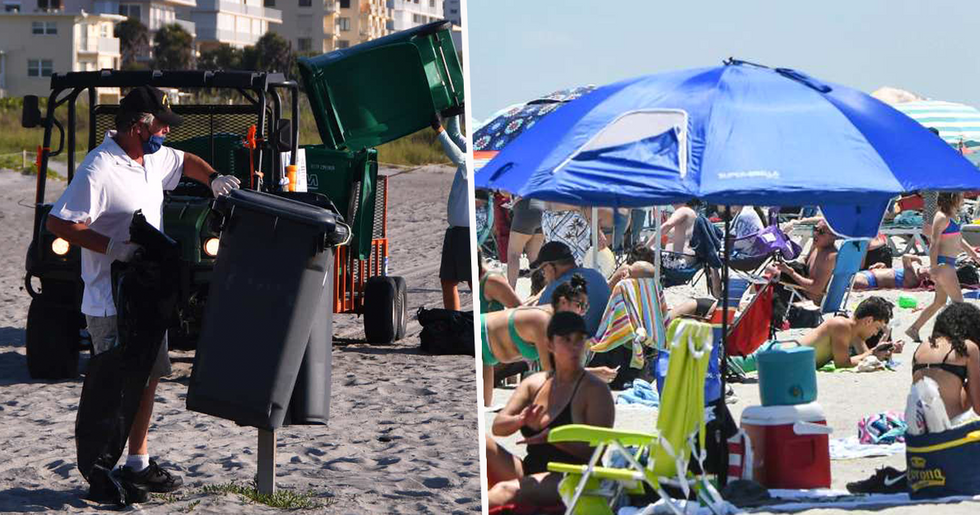 Since the reopening of a number of Florida beaches, that has been a lot of backlash.

But this week, perhaps some of the most shocking news yet has surfaced...

And President Trump declared a national emergency to combat the pandemic, freeing up $50 billion in federal funding and promising a screening website and drive-by tests.

Scenes at the Clearwater Beach in Florida, back in March, showed a lot of people completely disregarding these global warnings.

And 1,735 people in the state have now died, showing exactly what happens when people congregate in mass gatherings.

Beaches in Jacksonville, Florida, reopened to the public 2 weeks ago.

And, less than a month after, some shocking news has surfaced.

Over thirteen-thousand pounds of trash was picked up at the beach last weekend alone.

As a result, officials are now cracking down on littering.

Littering in Cocoa Beach can now come with a hefty fine.

Cocoa Beach Police Department issued a statement about the issue.

"As restrictions are becoming more relaxed during this pandemic, the City of Cocoa Beach is beginning to see an influx of day-trippers to our beaches, along with piles of unlawfully discarded trash in their wake. "This will not be tolerated."

According to Cocoa Beach police, officers must witness a littering offense first hand to issue a fine.

“Our community works very hard to be stewards of environmental sustainability. If I need to reallocate critical resources during our peak season to combat litterers, we are no longer asking our visitors to comply with our litter laws, we expect it, and there will be consequences for offenders," said Chief Scott Rosenfeld in a statement.

It's truly shocking that so many people find it acceptable to litter like this.

On a more positive note, scroll on to watch the heartwarming moment people across NYC lovingly belt out "New York New York" from their windows...