Richard Gere, Aged 70, Is Expecting a Second Child With His Wife | 22 Words 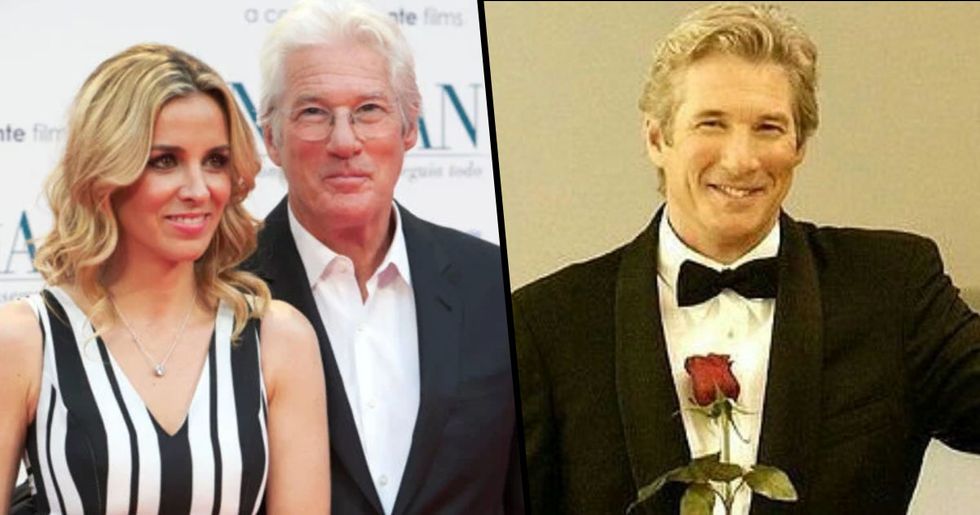 Richard Gere, Aged 70, Is Expecting a Second Child With His Wife

It's only been 9 months since 70-year-old Richard Gere and wife, Alejandra Silva, welcomed their first child together, but it's been revealed that the loved-up couple are already expanding their family - with reports surfacing that Silva is expecting once again. The pair, who boast a thirty-four year age gap, secretly tied the knot in April last year in a private ceremony.

Gere is best known for his role in the cult classic movie Pretty Woman and for his work on the big screen in the '80s and '90s which firmly cemented him as a leading man in Hollywood and a complete heartthrob amongst fans.

Keep scrolling to see what we know so far...

Richard Gere skyrocketed into the Hollywood spotlight in the '80s.

After his huge career breakthrough in 1977 with the dramatic thriller Looking for Mr. Goodbar, Gere bagged the leading role in the title role in 1980 classic American Gigolo.

Now well immersed in the Hollywood scene, Gere established himself as a full-blown heartthrob.

The romantic drama gave him a significant career boost and his portrayal of the cool, smooth character won the hearts of fans across the world.

The movie depicts the unlikely romance between a wealthy entrepreneur and a prostitute.

Edward, a rich businessman, hires Vivian, a prostitute to accompany him to various social events, but the lines become blurred when a romance between the 2 ensues.

Throughout his career, Gere has had a very public love life.

The actor and producer was famously married to supermodel, Cindy Crawford from 1991 to 1995. They first met at a barbecue of the infamous photographer, Herb Ritts, in 1987.

At the time, there was quite a big age gap between the pair.

When they wed, Crawford was twenty-five and Gere was forty-two - and this was reportedly the main reason for their split.

They got married in a private ceremony at their home in New York with no family, friends or celebrities.

Named after both their fathers, Gere and Lowell welcomed Homer James Jigme Gere, in February 2000.

During their long term relationship, the couple embarked on a major business venture together...

The 2 are co-owners of Bedford Post Inn in New York, which boasts 8 rooms, twenty-two restaurants, a yoga studio, and a meditation center.

After eleven years of marriage, the two announced they had split in 2013, with their divorce being finalized 3 years later.

But, it's been third time lucky for Gere.

Last year, the actor tied the knot for the third time to Spanish publicist and activist, Alejandra Silva during a private ceremony.

Once again, there's a pretty big age gap between the two.

The pair boast a thirty-four year age gap, which, you have to admit, is pretty big.

Though it seems Silva is very happy with her beau.

“I was a little lost, without light, and knowing him gave meaning to my life," she told the Spanish magazine HOLA!

The pair welcomed their first child, Alexander, together in February this year.

Silva is also mom to 6-year-old son Albert from a previous marriage.

The two are fairly quiet about their private life.

But Silva did share a snap of her baby bump while pregnant with her son earlier this year.

The couple announced they were expecting Alexander after getting a blessing from the Dalai Lama.

In a since-deleted Instagram post, Silva wrote: “A very special moment just a few minutes ago... Getting blessings for our precious to come.. we couldn’t say it before telling HH Dalai Lama."

Just 9 months after the birth of their son, the couple are reportedly expanding their family once more...

The pair are reportedly expecting their second child together.

Sources say Silva is 3 months into her pregnancy.

Though it's not yet clear when she is due.

So, all we can do wait to hear more about the happy news.

Congrats to the couple!