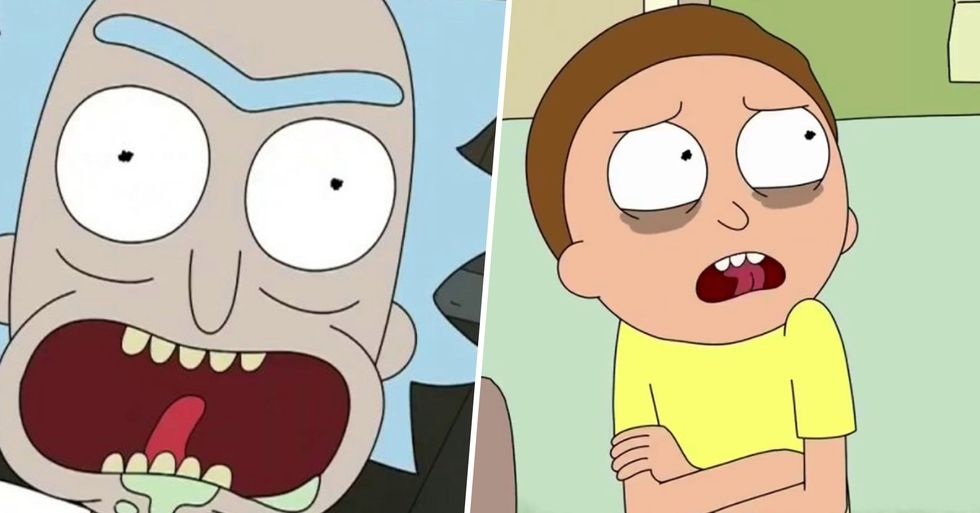 'Rick and Morty' Just Confirmed Whether Rick is Actually Morty

Rick and Morty has fast become a cult classic, with fans stretching across the vast reaches of the galaxy.

While we've all been eagerly awaiting the next installment of the 4th series, it seems as though some fans have been busy decoding an Adult Swim short, that could possibly be the biggest twist the show has ever unveiled.

It had been a while since we've last had our Rick and Morty fix.

Work on season 4 has been ongoing, but no one knew when (or if) it would ever come out.

So people were really anticipating the fourth.

Well, you'll be pleased to know the new, 5 episodes look like they are going to be packed full of even more bonkers antics and "what the hell" moments as its predecessors.

We first got a whiff of the fourth season when it was announced back in May last year.

And of course, since the news broke, fans were theorizing what they thought the season will entail.

Because between the Szechuan sauce and yelling at people on the internet, Rick and Morty fans can be a little intense.

A cameo from Kanye West was among the most popular rumors...

Having Kanye West hanging out with the eccentric Morty sounds like a recipe for some of the funniest episodes of the series, but this isn’t exactly concrete proof that Kanye will appear on the show.

But that isn't the only fan theory.

The biggest speculation to come out of the fandom is that Rick is actually Morty.

Confusing is an understatement.

Just to warn you, be prepared for a lot of spoilers...

The 8-minute short starts off with Rick being hunted down by Evil Morty and the Citadel of Ricks, known in this episode as the Genociders, altering reality by warping people's memories.

Real Morty then heads to Japan to look for Rick.

Discovering that the citizens of Tokyo are disappearing. After finding Rick he reassures Morty they’ll be reunited soon. Rick then hands over a potion that will turn him into a ‘Rip Van Winkle.’

Rick can then be heard referring to Morty as ‘Rick Sanchez,’ before leaving as Super Rick to fight the Citadel.

Just to make it more confusing, at the end of the episode, Jerry calls Rick to say Morty has just been born, and we see him take a sip from his flask.

The potion gives Morty all of Rick’s memories up until the moment Morty was born then turns Morty into Rick before the episode changes to the moment 0f Morty's birth.

While this did take place out of the series, it could still be relevant to the character's development.

And according to co-creator Justin Roiland once said "technically everything is canon in an infinite multiverse," Which sounds pretty promising.

While there's no official proof that this could be true, fans are definitely keeping a lookout for the potion in other episodes.

Keep scrolling to find out why people are furious with Netflix over their new show...