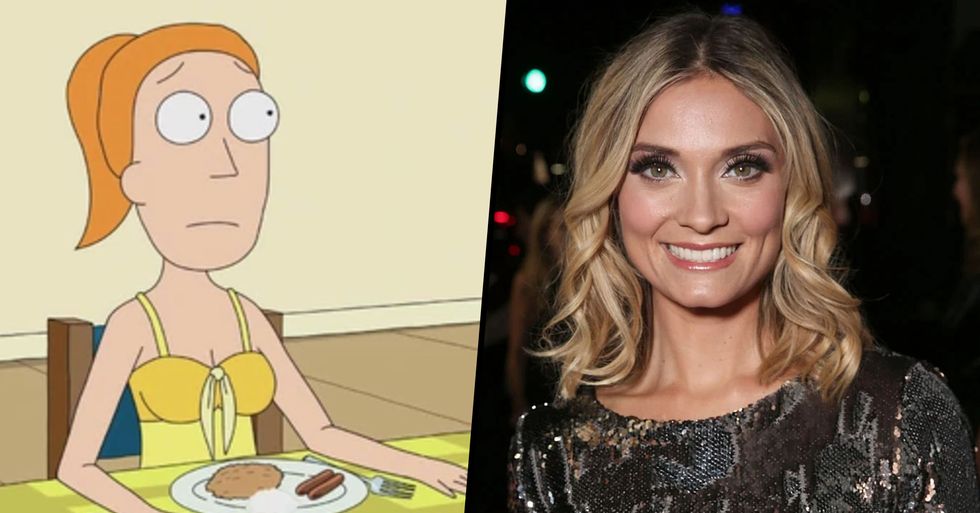 Rick and Morty actress Spencer Grammer has been hospitalized after being attacked with a knife on Friday.

Police have now released footage of the suspect. Here's the full story on the terrifying incident...

Reports have emerged that Spencer Grammer has been involved in a serious incident on Friday night.

Spencer is best known as the voice of Summer Smith in Rick and Morty.

You may also know her for playing the lead role in the ABC Family dramedy Greek.

It's safe to say that the thirty-six-year-old has carved out an impressive career for herself on-screen.

The star is the daughter of Frasier and X-Men movies star Kelsey Grammer.

First appearing on screen as a child in an uncredited role in the popular sitcom, Cheers.

Her most popular role is that of Summer in the smash hit Adult Swim series, Rick and Morty.

The show has a huge fanbase.

Spencer's character, Summer is the older sister of Morty.

Throughout the show, we see the intergalactic antics of an eccentric (and alcoholic) mad scientist, Rick, and his ever-so-anxious grandson, Morty.

Spencer regularly posts about the hit show on her Instagram.

With the second half of the fourth season only airing weeks ago.

But, just days ago, the actress was involved in a serious incident.

And fans have been left extremely worried for the star.

While she was visiting a NYC restaurant last week...

Spencer was attacked with a knife.

The attack ensued after a man reportedly entered The Black Ant restaurant as it was about to close.

Witnesses say he appeared to be drunk.

So, staff at the restaurant told him that they wouldn't be able to serve him.

But the man flew into a rage.

He then pulled out a knife and began attacking employees and guests at the restaurant.

Spencer was among those attacked.

She was allegedly wounded while trying to pull the assailant away from others with the help of a thirty-three-year-old male. It's unclear if Spencer and the unidentified man who helped knew each other.

After attacking several people with the knife...

The suspect is said to have fled the scene.

After the attack, reports state that Spencer was taken to hospital.

She is said to have suffered "gashes" on her arm, while the man sustained injuries to his back.

Luckily, neither injuries are deemed to be life-threatening.

Spencer is yet to speak out about the attack.

As news of the incident emerged online, fans have been sending well wishes to the star.

Her Instagram comments are flooded with kind messages from fans.

Everyone is praying for a fast recovery for the star.

The New York Police Department posted a video on Twitter that shows the suspect they are seeking in connection with the incident.

Calling on people with any information to call/DM @NYPDTips at 800-577-TIPS.

The investigation is ongoing.

Be sure to stay posted for more updates.