Rick Moranis Confirmed to Return for 'Honey, I Shrunk the Kids' Sequel | 22 Words 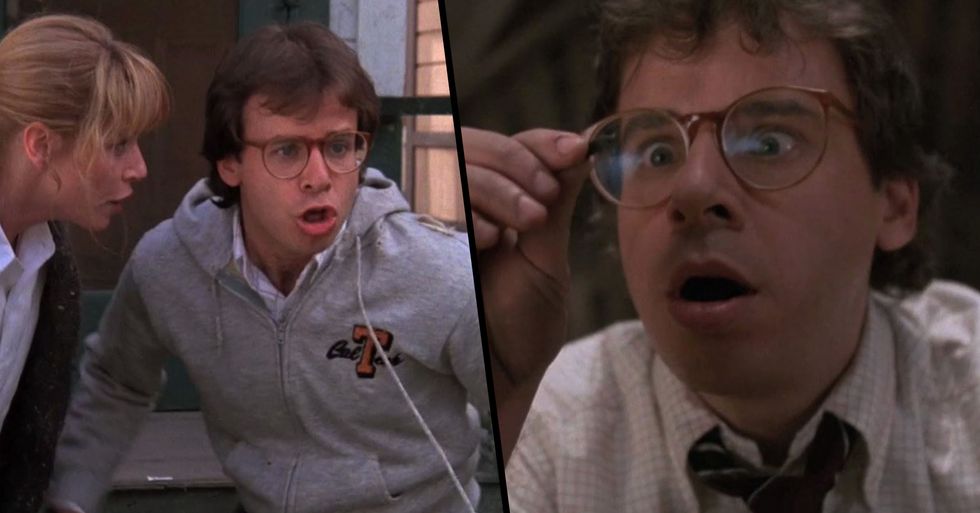 Rick Moranis Confirmed to Return for 'Honey, I Shrunk the Kids' Sequel

Fans of '90s family comedies can rejoice - as not only has Honey, I Shrunk the Kids been confirmed for a brand new sequel, and one major star is set to return!

1989 was truly a golden year for movies.

After all, that was the year of the brilliant Disney adventure-comedy, Honey, I Shrunk the Kids.

It's the first installment of what went on the be a popular franchise.

The story centers around an eccentric scientist who undertakes a rather poorly planned experiment ...

As the title suggests, he shrinks his (and his next door neighbour's) kids.

They end up just a quarter of an inch tall thanks to his "electromagnetic shrinking machine." And that's just the start of their troubles!

The kids are accidentally taken out with the trash.

They then have to embark on a treacherous conquest through the back yard, all in the hopes of making it back home.

The cast was nothing short of perfect.

But there was one undeniable star of the show - hapless dad, Rick Moranis.

His role as Wayne Szalinski is perfect.

And after the movie's release, it started to gain a cult following.

And thus, a huge franchise was born.

There have already been two movie sequels to the film - alongside a television spin-off and theme park attractions.

All of these were successful.

But nothing has quite matched up to the majesty of the original Honey I Shrunk the Kids.

But there has been some very exciting news for fans.

In February of 2018, it was announced that a reboot of the classic show had been confirmed by Disney.

It's been described as a "legacy sequel."

It's supposedly set to be named Shrunk, and many of the original cast and crew are set to return!

For one thing, it's set to have the same director.

Joe Johnston is set to be on board - which is great news for HISTK fans.

There are some new faces, though.

Josh Gad, best known for voicing Olaf in the Frozen movies, has been confirmed on board, too.

Gad is clearly thrilled about the role!

Because yes, you read that right!

In perhaps the most exciting announcement yet, Rick Moranis has been confirmed to be on board.

So, what's Shrunk! set to be about?

Well, it's set in the future - with son Nick following in his dad's footsteps to become an experimental scientist.

He is "aspiring to be a great scientist like his father, but accidentally shrinks the kids." What a coincidence!

He's not been seen in Hollywood since 1997, when he unofficially retired following the death of his wife.

He wanted to dedicate time to being a full-time dad.

"I took a break, which turned into a longer break," he explained.

"I'm interested in anything that I would find interesting."

"I still get the occasional query about a film or television role and as soon as one comes along that piques my interest, I'll probably do it."

We can't wait! Want more info on a potential nostalgic reboot? Scroll on for exactly what Jim Carrey has said about reprising his role in The Mask.