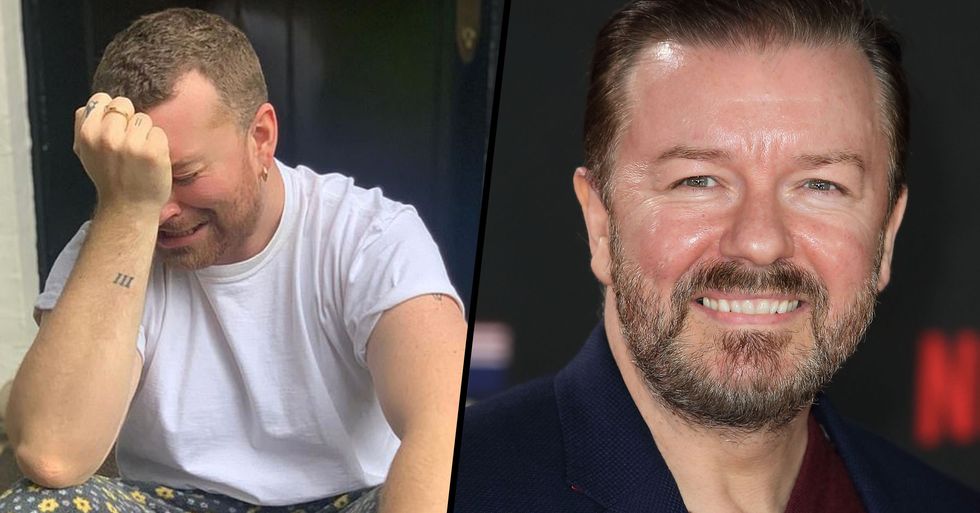 Ricky Gervais Slams Celebs for Whining About Lockdown From Their 'Mansions'

Ricky Gervais, who has never been one to hold back on his opinions of celebrities, has recently slammed all those who are whining about the lockdown "from their mansions"... And, in true yet brilliant Gervais fashion, he was completely brutal.

The British actor and comedian has given us plenty of laughs over the years, primarily in the UK's The Office, in his stand-up shows, and in movies like The Invention of Lying.

But what Gervias does best is divide opinions.

"The two Gervaises — the angel and devil sitting on his own shoulders — uneasily swap custody of After Life [...] Here’s hoping their next collaboration turns out better," The New York Times wrote of his latest show, the hugely successful After Life.

Because, while most people find the comedian's jokes to be hilarious...

Others think quite the opposite. He's kind to animals but makes jokes that many consider to be "sexist," "racist." and often downright "cruel."

And now, Gervais has weighed in on the current behavior of celebrities...

Amid the ongoing medical pandemic, millions of us have been required to self-isolate at home...

Celebrities included. And, while some of these famous faces have been taking to their social media platforms to send encouraging messages and provide some much-needed entertainment for the rest of us...

Others have been venting their anguish and despair.

We all remember when singer, Sam Smith, shared in a post that his since been deleted, their stages of "quarantine meltdown" in his lavish North London home. Because, apparently, quarantining in a huge mansion can take a huge toll on someone's mental health. Cry us a river, Sam.

Oh, and we all cringed in horror when Ellen DeGeneres gave an insight into her quarantine.

The TV host compared her self-isolation to "being in jail." I don't know of any jails with twelve bedrooms, Ellen?

People have not been impressed with these rather pathetic complaints...

And Gervais was certainly one of them.

So far, Gervais has remained relatively quiet regarding the whole situation.

Oh, and he shared his quarantine liquor collection.

He posted a photo of his impressive booze cabinet, with the caption: "Keep y’ f*****’ bog roll...", in reference to the ridiculous stockpiling of toilet paper.

But now, he has given his opinion on "whining" celebrities like Sam...

And he certainly didn't hold back.

Gervais has come down like a ton of bricks on all the celebrities currently complaining about their lockdown.

"Then I see someone complaining about being in a mansion with a swimming pool. And, you know, honestly, I just don’t want to hear it." You tell them, Ricky! But, if you want to read more on Ellen DeGeneres' outrageous whinging while in self-isolation, keep scrolling...