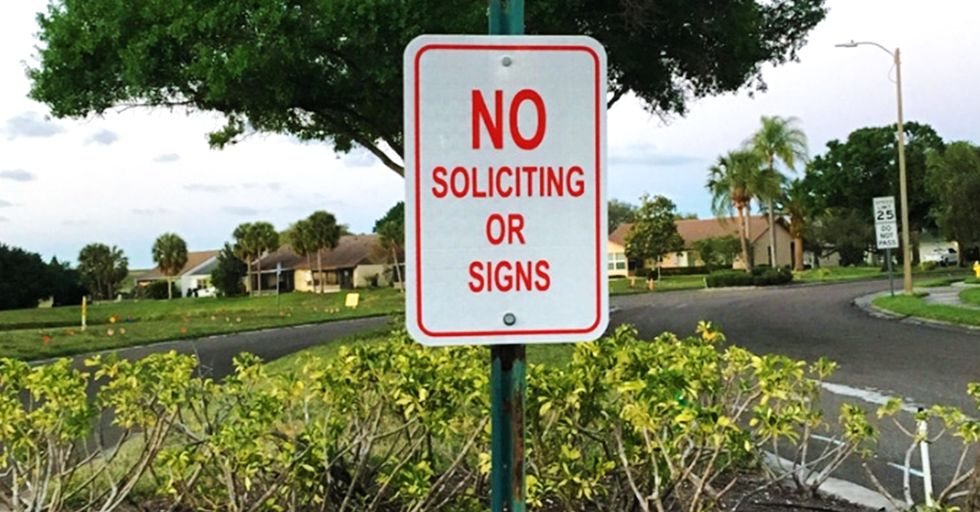 Signs are most often put in place to make things clearer.

That's what signs are for...

But some signs make things way more confusing and complicated than they have to be.

Below are 19 signs that are truly mixed messages... ...in the funniest, weirdest way possible.

Detours are already the worst. It's even more terrible when the signs are confusing.

But, the thing is... This note is one the tabletop.

What it means, I think, is that Nicole smiled every time she saw a dog. What it actually says is that she never saw a canine animal or lifted the corners of her mouth in all her living days.

Well, that escalated quickly. The next one is hilarious...

The fact that this sign exists means that there was definitely an incident. I hope there's video.

"You can do it." Thanks for the encouragement on the way to the toilet, Home Depot! "We can help." Uh, no thanks.

This is just good life advice. If you know what I mean.

This one might take you a second. It's a school...named Dummer. That's the opposite of what schools are supposed to do. The next one is particularly harsh...

Oh, water is allowed in the pool area?! How nice! How generous!

Forty-five is both the minimum and maximum speed. No more, no less. Good luck out there, drivers.

Hey, at least they're honest. Won't get people to pull over and stop, but I appreciate the honesty.

Yes, thank you for the update, sign. The next one is truly inspiring, or truly cruel, depending on how you look at it...

That's a really big sign for saying there are no signs allowed! How does this logic work?

I love the idea that someone's so terrified of spiders that they want random people to come remove them but they're not so desperate that they won't charge $10 per spider.